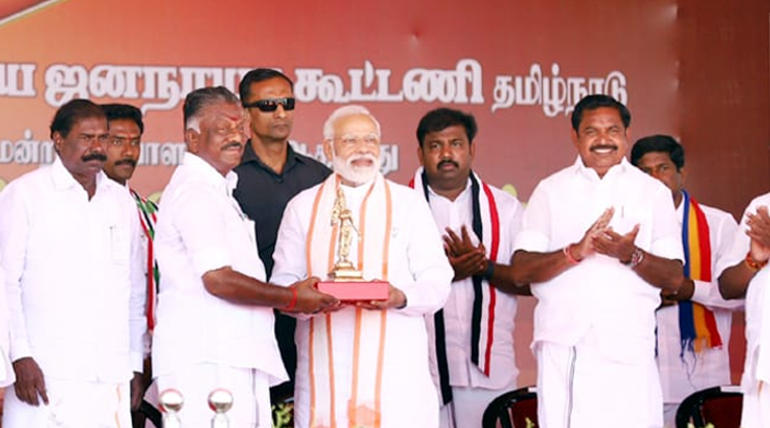 Deputy Chief Minister O. Panneerselvam has boarded to Varanasi from the Chennai airport on Tuesday morning and when asked about his sudden trip among the close circle, sources revealed that the deputy CM might take part in the election campaign rally of Narendra Modi where the current Prime Minister of India is contesting for the second time.

When the son of Panneerselvam, Ravindranath Kumar nominated in Theni parliamentary constituency, the man invited Prime Minister Modi to campaign in favor of his son after the alliance. Similarly, Modi is contesting for the second time in the Varanasi constituency in Uttar Pradesh. Modi is filing his nomination on 26th April and prior to the nomination process, Modi is planning to have a huge rally along with various political leaders from various constituencies of India.

The BJP is in the process of intensifying campaigns ahead of the election. As a part of it, it is planned to invite the executives of his alliance parties across India and continue to a rally before the nomination. This is why Praneesh Selvam should have gone to Varanasi. It is still is not clear whether the OPS is taking part in the rally and the deputy CM has traveled along with his wife.