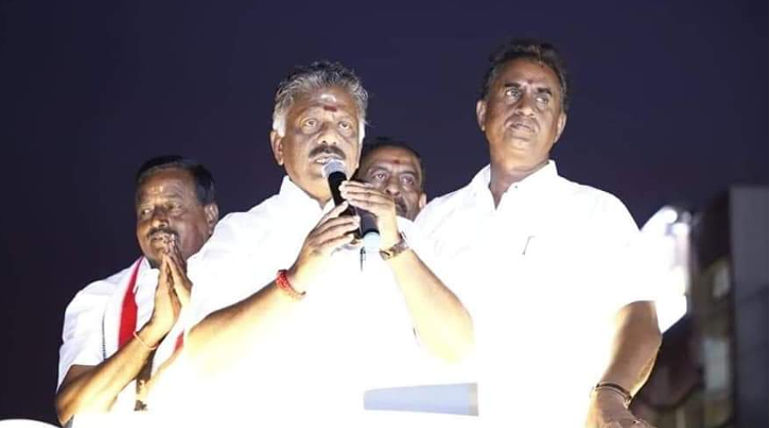 Deputy Chief Minister Mr O. Paneerselvam started his campaign talk in Irugur a part of Sulur constituency with his typical calm voice and confident composure. He started accusing the previous DMK government of robbing people's money by rushing public welfare schemes and thus rendering it unhelpful to the poor and needy to whom it was supposed to be beneficial. "They robbed the people of their livelihood with the constant power outages", he said accusing them of destroying the power loom industry that is the backbone of the Sulur people.

Cauvery issue: He called DMK a negligent government who didn't do much when it came to the Cauvery issue. He then went on to explain the DMK's history in handling the issue. His statement is "When Karnataka wanted to build more dams across Cauvery, the government filed a case to prevent them from doing it. But after some time Mr M. Karunanidhi the then chief minister of Tamilnadu withdrew the case allowing them to build more dams. This is the cause of the water shortage now."

TTV and Stalin collusion: He said that he was not threatened by the secret alliance of DMK and AMMK. He felt confident that no power can destroy ADMK despite the efforts of Stalin and TTV Dhinakaran which has been going on since the death of 'Amma'.