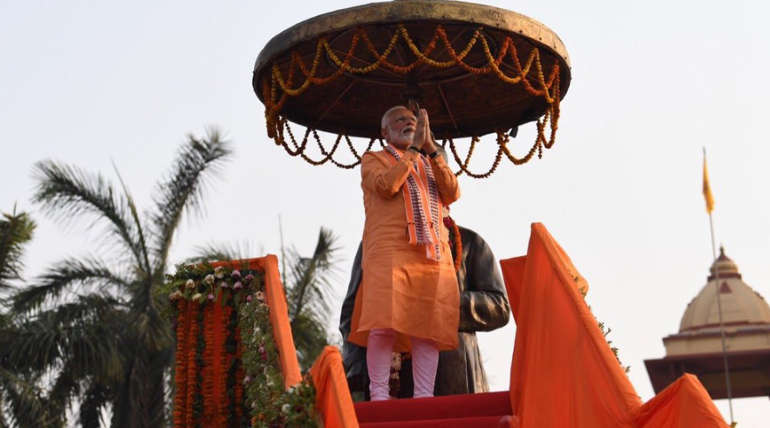 The Prime Minister who traveled in an open vehicle,People in Varanasi welcomed Modi through the enthusiastic voice. Uttar Pradesh Chief Minister Yogi Adityanath, BJP leaders and Union Ministers participated in the event. Around 7 kilometers from Varanasi's Lanka and Aasi areas, the rally was completed in the Dasaswameda ghat. There was a Sacred river Ganga Arathi show happended.  BJP leaders and coalition leaders took part in the ceremony with Prime Minister Modi.

On behalf of AIADMK, O. Panneerselvam, coordinator and deputy chief minister and his son Ravindranath who was stand in Theni constituency assembly in this election also participated in the Aarti program. They will still with Narendra Modi as he will be nominating in Varanasi constituency today.