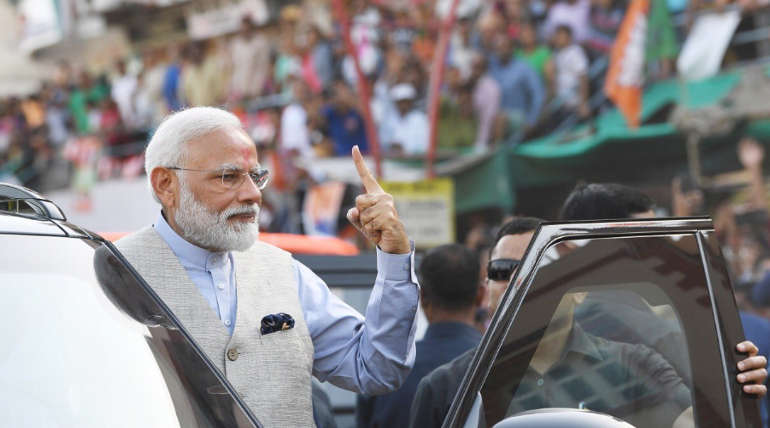 Modi, who came to the polling center, hugged and kissed one of a child there. Modi then congratulated the people and registered his vote. Amit Shah, the BJP leader, was in line with the people and registered his vote. Modi says reporters in an interview, "The third phase is ongoing. I have a chance to vote at this time in my hometown.  I got relief by voting in this democracy festival as like took holy bath in Kumbha mela. Voter ID is more strength than dynamite. Eligible one should vote regularly."