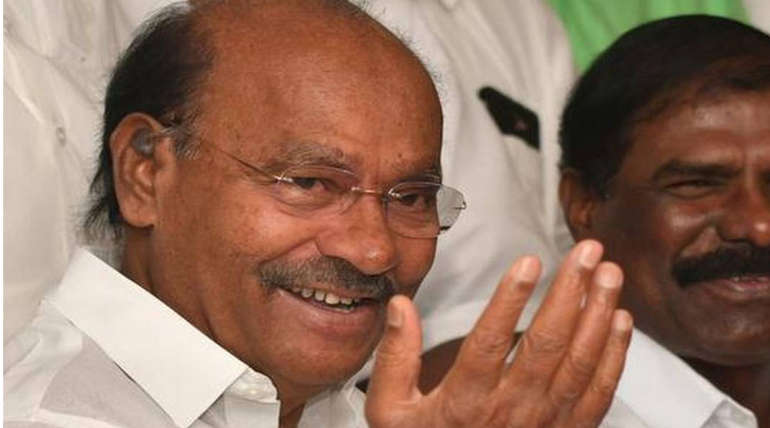 In the Delta districts, the regulator for hydrocarbon study should be withdrawn, said the founder of PMK.

The Ministry of Environment has approved ONGC to conduct research on hydrocarbon resources in 40 places in Cuddalore and Nagapattinam districts in Tamil Nadu and urged farmers to declare Cauvery irrigation districts as an agricultural zone. In the meantime, this action is to be condemnable.

So far 4 hydrocarbon projects have been sanctioned as a phase of hydrocarbon wells in Cauvery irrigation districts and Vilupuram and Pondycherry in Tamil Nadu. The licenses for two projects are available to Vedanta Company and a license to ONGC.

Hydrocarbon wells will be set up at 67 locations according to the license granted to the ONGC. Of these, the permits for inspection of 27 places have been issued on 14th of this year and the remaining 40 places are now allowed to be inspected. It will ruin the Cauvery irrigation districts.

The approval of the hydrocarbon projects in Tamil Nadu is against the state government's pledge. The Minister of State for Petroleum and Natural Gas, Dhammendra Pradhan, who responded to the question in the Lok Sabha, said: "Methane and rock gas projects have not yet been implemented in Cauvery irrigation districts. But it can not be fully accepted by the federal government for hydrocarbon project analysis.

We have only permitted the hydrocarbon project; The federal government can not be avoided by saying that Methane does not permit projects. Because there is no difference between the two. It is noteworthy that if the federal government has acquired a license to take hydrocarbon under the newly opened Open Acreage Licensing Policy, it will be able to get all kinds of organic fuels including methane and ethane in the region.

In addition, hydrocarbon fertilizer can be taken using a natural anti-oscillating technique used for methane. Therefore, the implementation of the hydrocarbon project will cause all kinds of environmental disorders caused by the methane project. The ONGC will now be allowed to continue to provide environmental clearance to other companies.

The Central Government should withdraw the sanction granted to the ONGC for conducting hydrocarbon research to prevent this disaster. Furthermore, action should be taken to inform the Cauvery irrigation districts as a protected zone," Ramadoss insisted.