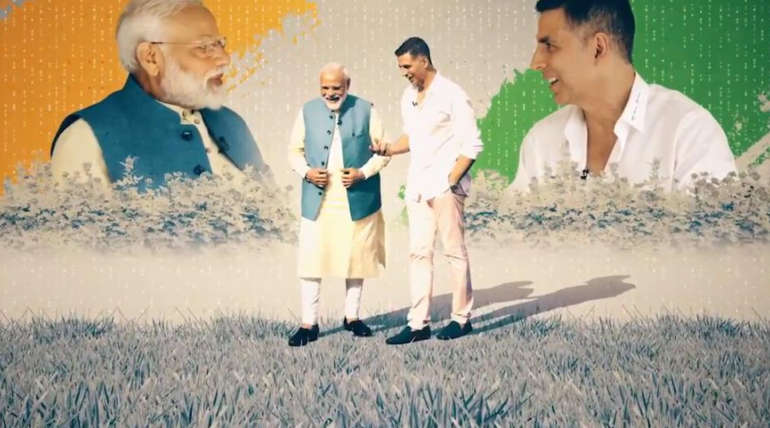 Actor Akshay Kumar has been interviewed by ANI news agency to get information about Prime Minister Modi outside politics. The Prime Minister has given interesting answers to the many interesting questions Akshay Kumar asked. The question of whether you thought it was Prime Minister was not like that. A normal man can not imagine everything like that. I never even dreamed I was prime minister. Even if I had a normal job, my mother would have offered ladders to my neighbors. I grew up in such a family environment. I would be a Sannyasi if I didn't enter the politics.

But I was surprised to see why this country was looking for me. When I was young, the patriotism of the soldiers drew me. The reason I joined in the Ramakrishna Mission was because of its impression. I'm around without my question. I have not yet become angry. Anger is one of the human qualities. Such feelings only spread negative thoughts about me. I am a tennis player till now. So the environment that is angry has never happened to me.

If you get angry at a meeting it will affect everyone. In the past, when I get angry, I will write in a paper on the events that happened the day. That's why I feel the mistakes I made. I prepared myself to handle the extraordinary circumstances in terms of essentially.

Modi wants me to spend time in my village - if my mother calls me to come with me. Modi's silence is often used for criticism and accusations in politic why it is and why he is not getting angry. Akshay Kumar asked if Modi would see the Memes on the social networks. Modi replied, "I would be happy to see memes about me, especially in the imagination of my imagination." Modi said that social media is giving me a good view of the general public.