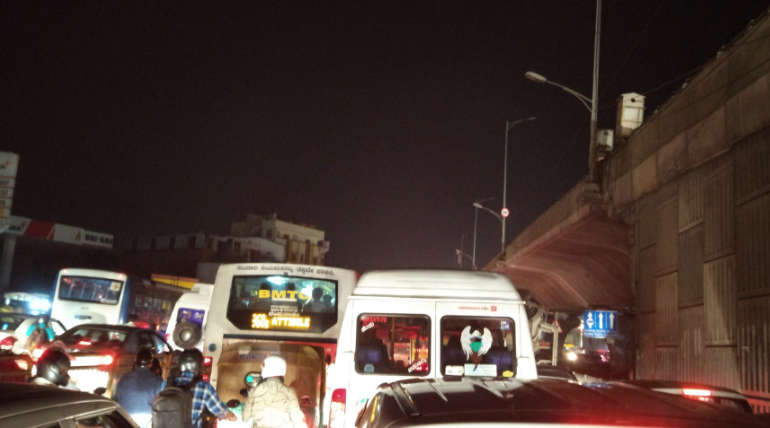 People, motorists and ambulances were unable to cross the road.  Madurai Lok Sabha constituency Raj Sathyan Introductory Meeting and 'Booth' Committee Advisory held at Panagal road last night. Such an electoral consultation meeting will have proper approval and will run in a parking facility or public office.

However, Minister Seloor K. Raju held a meeting near his party office. So, the AIADMK, volunteers, and women gathered on the Panagal road to see the candidate and attend the party meeting. They stopped cars and bikes on both sides of the road and could not cross the public from 6.30 pm to 9.30 pm.

Ambulances who were loaded with congestion were trapped. The buses and people came in bikes were caught up by the traffic jam. But the policeman did not care to organize the party. The police did not condemn parties who stopped vehicles on the road. As a result of the overall traffic in a phase, the police returned from the Anna bus station to Goripalayam through the back of the government hospital. So, there was a huge crowd in residential areas. The people were deeply dissatisfied with the AIADMK.

The public said: "The police have not taken any action to violate the rules of the election. They burst crackers near the government hospital. Patients were in a difficult situation. Is the Election Rules Only for the Opposition and the People? The police should not allow such meetings to be held near the Government Hospital."