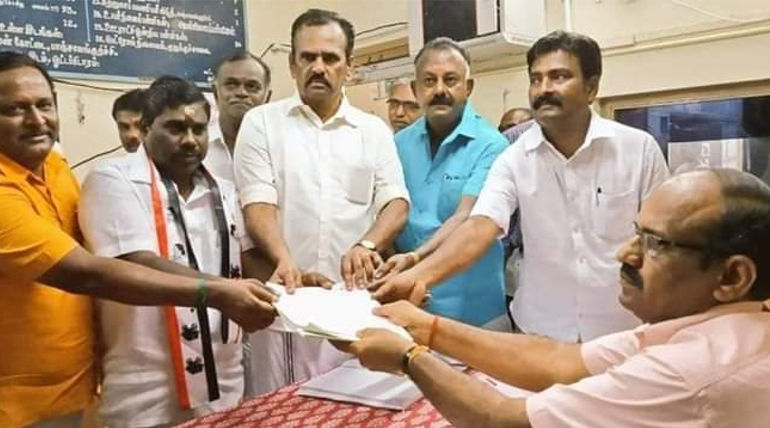 Mr R Sundararaj is an eminent politician and he was the former AIADMK MLA who was disqualified by the Assembly Speaker for supporting Mr TTV Dhinakaran. Now, he continues to support  TTV Dhinakaran by being an active member of the AMMK political party. Ottapidaram constituency faces the by-poll because of the disqualification of Mr R Sundararaj.

He is courageously ready to prove that he is only disqualified from the party but not from his service and leadership.Mr. R Sundararaj believes in himself and Ottapidaram people, and he is going to meet his rivals with the support of AMMK. His sincerity is evident through his continuous service in AMMK. The Ottapidaram by-poll 2019 will be a real ground test for R Sundararaj.

AMMK party echoes that Sundararaj will undoubtedly win the by-poll with his ceaseless efforts and perseverance. The choice is left to the people. Nobody knows whether the people are going to reelect their former MLA or look for a change. This wait is worthy and the candidate of AMMK, R Sundararaj sounds very confident and strong.

The Ottapidaram candidate will see a fortune as the candidate have already won in the constituency. The party is confident about the upcoming by-polls with the support of some minor and opposition parties in order to change the governance this time formed after the demise of former CM Jayalalitha. TTV Dhinakaran recently met Sasikala in the prison to discuss about the assembly elections 2019.