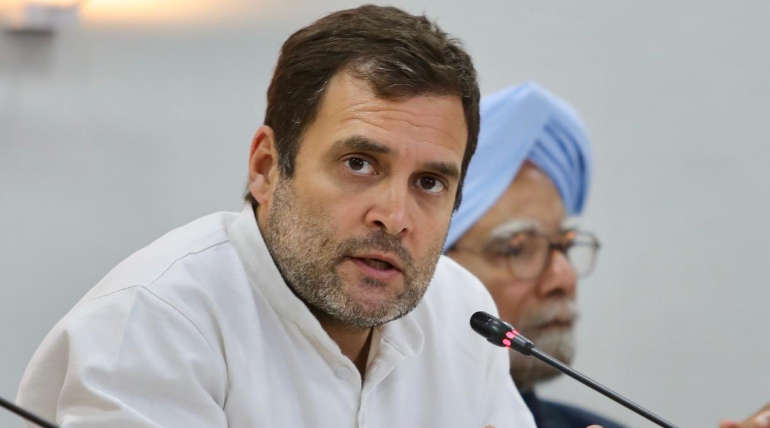 Congress president Rahul Gandhi today filing his nomination in Kalpetta,Wayanad So for that the security arrangements have been intensified in the wake of the nomination. Congress leader Rahul Gandhi is contesting in the parliamentary election in his traditional

constituency Amethi and also contesting in Wayanad district of Kerala. The voting will be held on 23rd for this constituency. The nomination has begun for this.

Rahul Gandhi, who is in the Wayanad constituency amid strong expectations, will file his nomination today (Thursday). He travels from Calicut to the Kalpetta by helicopter. Then he goes to Wayanad District Collectorate at Kalapeta on Thursday at 11.30 and lays his nomination.Prior to this Rahul Gandhi participate in a rally with Priyanka, his sister and Congress general secretary, Former Congress President Sonia Gandhi will not participate in these events due to ill health.

With the arrival of Rahul Gandhi, there is a lot of enthusiasm between congressional volunteers in Kerala. A large number of volunteers have flocked in wandering from different parts of the state to see him. They are eagerly waiting to participate in the rally

Meanwhile, security arrangements have been strengthened in the wake of Rahul and Priyanka's arrival. Police have been conducting additional surveillance tasks since Maoist movement was frequently identified and recently Maoist was shot dead.As Rahul Gandhi is under very high security, special security commandos and security arrangements are being investigated in his areas of welfare. It is also said that Rahul Gandhi's vehicle rally will take place depending on their determination.

10 companies have been permitted for the parliamentary elections. It is noteworthy that a company involving the Indo-Tibetan forces has been pioneered in the country.Congress candidate Rahul Gandhi today filed a nomination for his candidature, the Bharatiya Janata Party (BJP) -led National Democratic Alliance (NDA) candidate and Bharat Dharm Janasena's leader, Tusshar Velappalli filed yesterday. Later, he told reporters that Rahul Gandhi was contesting for the sake of integrating Muslim votes.