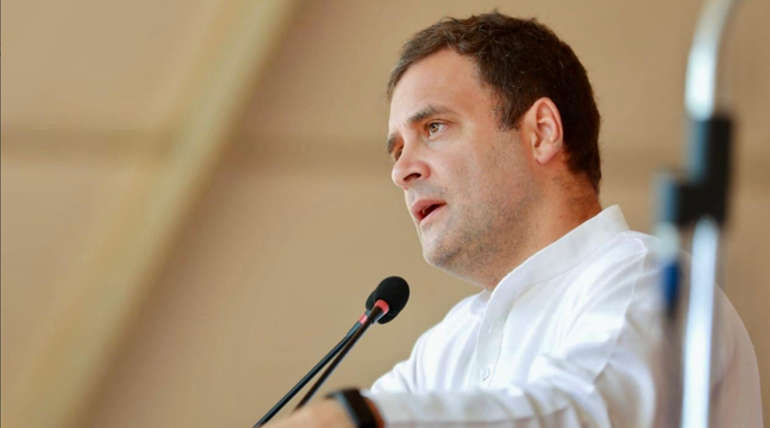 Rahul Gandhi Speech in Kollam: The Indian nation should be governed by the people, not by an ideology. Congress leader Rahul Gandhi spoke openly that the BJP and RSS are suppressing all the voices.

Congress leader Rahul Gandhi is contesting the Wayanad Lok Sabha constituency in Kerala except for the Amethi constituency of UP. Rahul Gandhi's campaign in Pathanapuram in Kollam district today

The Indian nation should be governed by the people. One can not rule by an ideology. This nation is currently under attack by the BJP and the RSS, trying to crush all the voices.

The BJP believes that an ideology should only rule the nation. But we want people to rule the country. Narendra Modi says that there should be a nation without Congress. That means, the Congress is going to remove thought from the nation. But we will not agree with your word.

We will fight until your speech is realized by mistake. We will defeat you in the election. But we will not commit violence against you.

I have decided to contest in Kerala only because you are the best example. Your history and your history of tolerance, the history of which you have understood different cultures, in the world you are in touch with the different sides, and I am confident that it has worked.

For the past five years, our Prime Minister has made many promises. 2 crore jobs, Rs 15 lakh deposit in banking, and the price for the productivity of the farmers. How many people have been getting money from the bunker from Prime Minister Modi.

Prime Minister Narendra Modi has donated Rs 30,000 crore to the Mahatma Rural Employment Guarantee Scheme for a year by the RBI deal with Anil Ambani. Anil Ambani, who has no experience in the Air Force, has given a huge deal of defense in defense. Modi has paid Rs. 3,50,000 crore to the largest millionaires.

The Congress party will respect your voice. We will be interested in getting worse from your mind. We will talk about any kind of program openly. We will not impose a philosophy on you. You are our ideology.

Your voice is our ideology. We understand that the country does not mean anything. For that reason, we fight honesty and justice. I am honored to compete in this constituency