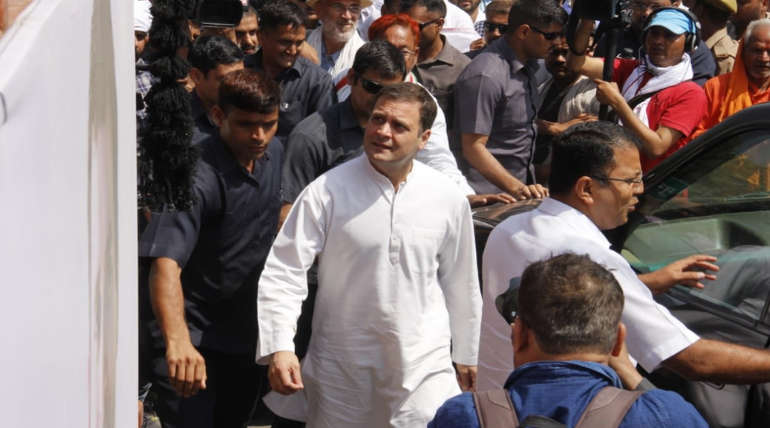 Rahul Gandhi threatened: The letter was written to the Union Home Ministry on behalf of the Congress party seeking to increase the security of Congress leader Rahul Gandhi as he losing 7 times laser light used in snipers.

Congress spokesperson Randeep Singh Surjwala said, "When we interviewed reporters after Rahul Gandhi filed his nomination, the green laser was shipped from 7 different places and when it was lighted on the video, it was revealed that is sniffer light from the gun.  In the letter in case of protecting Gandhi written on behalf of Congress party to Interior Ministry." he said.

In this regard, the Home Ministry, which advised the Director of SPG, that is not the laser light of the sniper gun, that is light of the cellphone. There is no shortage of Rahul's safety.