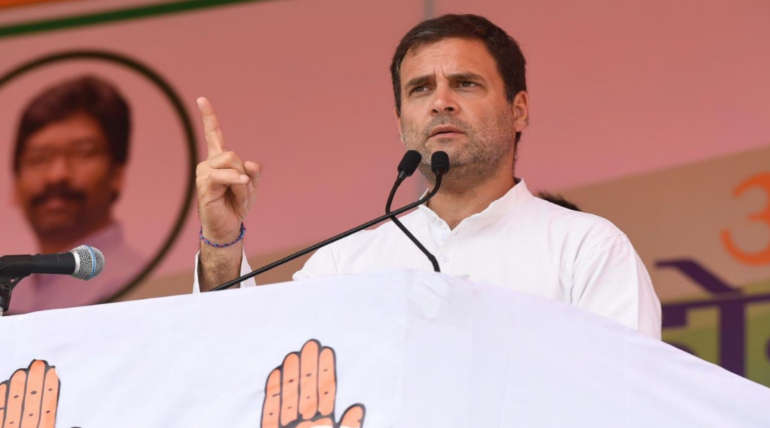 Speaking in Uttar Pradesh campaign, "Rahul Gandhi cannot prove the complaints against me. Those complaints made by him will create a big problem for him.  I was not born into an rich family like him. The Congress portrayed Rahul father Rajiv Gandhi as great. But that is not true."

"Mr Rajiv was also called Mr Clean. But he is the number one scam. Your father life ended as a corrupt man", the Prime Minister said in his campaign. Many have opposed Modi's speech. Modi has been saying that he should not talk about a prime minister who has died so poorly. Congress leader Rahul Gandhi is currently in the fray. In this, "Modi ji, this war is over. Karma is waiting for you. Projecting your inner beliefs about yourself onto my father wonâ€™t protect you.  My love and a huge hug." Many are responding to Rahul Gandhi's Twitter. Many have commented that Rahul Gandhi speaks patience in anger also.

The battle is over. Your Karma awaits you. Projecting your inner beliefs about yourself onto my father wonâ€™t protect you.

All my love and a huge hug.