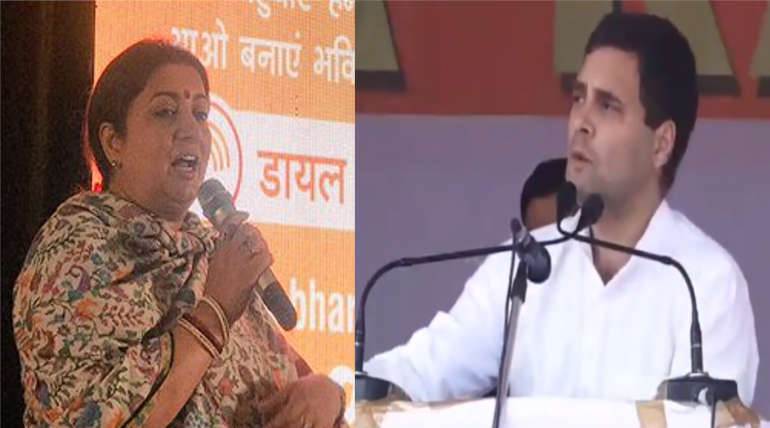 Union Minister Smriti Irani has accused Rahul of misusing the people of Amethi by competing in the second constituency in the election. Congress president Rahul Gandhi today filed his nomination in Kalpetta, Wayanad.

In the 2004 Lok Sabha election, Rahul Gandhi won his first election from Amethi in Uttar Pradesh. He won the same seat in 2009 and 2014 elections. He is contesting the Amethi constituency for the 4th time.

At the same time, he competes in the Wayanad district of Kerala. Rahul Gandhi has filed a nomination papers in Kalpetta today. While Smriti Irani, the Union Minister and the Amethi constituency BJP candidate speaking to reporters, she said, "For the past 15 years, a person(Rahul Gandhi) has gone to file a petition. It seems that he has decided to step down from his supporters. This is the act of discrediting the Amethi People. He betrayaled the Amethi people. Amethi people will not tolerate this. Congress volunteers feel that he does not get support in Amethi."