Rajnikanth Says I will not Disappoint Fans and When Political Party Begin? 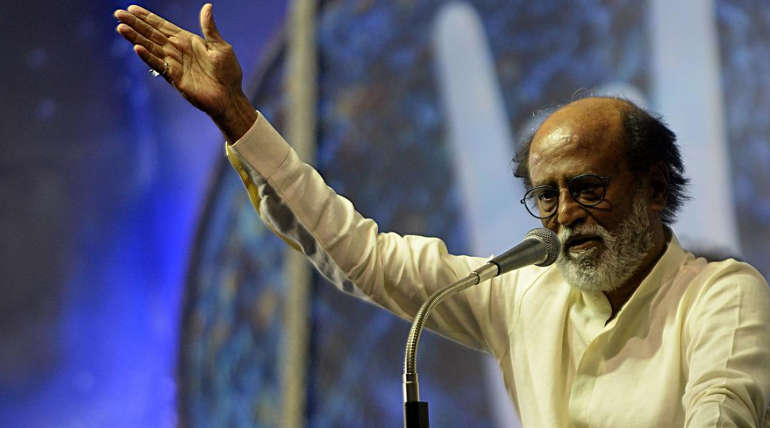 Rajnikanth Says I will not Disappoint Fans

'Darbar' is the next film for superstar Rajnikanth in AR Murugadoss directorial after the huge success of Petta. Rajnikanth came to Chennai to vote for the Lok Sabha election from this busy schedule of shoot. He returning to Mumbai for shooting again (April 19). Rajnikanth responded to the questions raised by the journalists.

70% of the votes in Tamil Nadu have been recorded. Is it low?

People were suffering from severe sunshine. So, the voting centers should increase?

It will be good if voting centers are increased.

"Next Vote is for Rajni"  hashtag is getting trend on Twitter yesterday?

Their interest is understandable. I will not disappoint them.

18 constituencies have been held. The results come on May 23rd. Will the party announce immediately after the change of power in Tamil Nadu?

Let us see. We can decide about it after May 23.

Is Modi a Prime Minister again?

Have some violence happened in the election community?

It is very little when everything happened in the past. No doubt.

Money has played a lot in the election. This is the opinion of the election commission's failure. What's your opinion?

It should be seen by the Election Commission.

When can you expect your political arrival?

Whenever the legislative election comes, you can expect it. Let the election results come first. And then I say.

Maybe you will contest if you have a legislative election in Tamil Nadu?

Ready, Whenever it comes.

Rajnikanth Says I will not Disappoint Fans and When Political Party Begin?