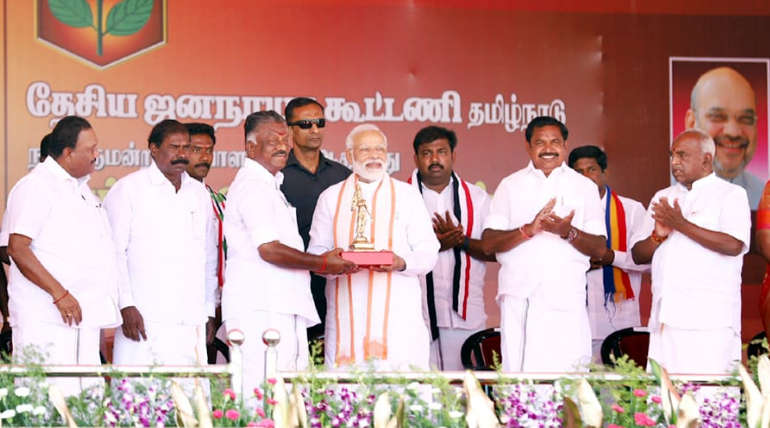 Tamil Nadu Deputy Chief Minister O Paneerselvam discarded the rumours spreading over him, that heâ€™s going to Quit All India Anna Dravida Munnetra Kazhagam (AIADMK) and joins Bharatiya Janata Party (BJP). He also stated that till his last breath he will serve to his people and stay in the ruling party (AIADMK).

Tamil Nadu people who have faith in him and his party will not accept this kind of rumours and will show their originality towards the ruling party through this election season. These reports suggested that the oppositions are having a fear over the successful Coalition of AIADMK â€“ NDA, who is going to win this Lok Sabha campaign with a great victory, the deputy CM added.

He also recalled the struggles and pain, which he evolved during the start of his political career and thanked the late Chief Minister J Jayalalithaa for his success. He also said that he will remain loyal and faithful to late CM and AIADMK for helping him to reach this greater height.

Being emotional, he stated that, after his demise, the AIADMK flag should be bundled up around him and claimed that it will be his last wish. He also condemned that, those who are trying to steal oneâ€™s identity and hard work will be given proper judgement by both people and god.

He gave credit to late CM, who played a vital cog in making Vajpayee as Prime Minister and APJ Abdul Kalam as President. The oppositions having a nightmare of losing this Lok Sabha election 2019 and ruling out some fake news to the general public by brainwashing them to create angriness towards us, but it will be a daydreaming thing, he added.