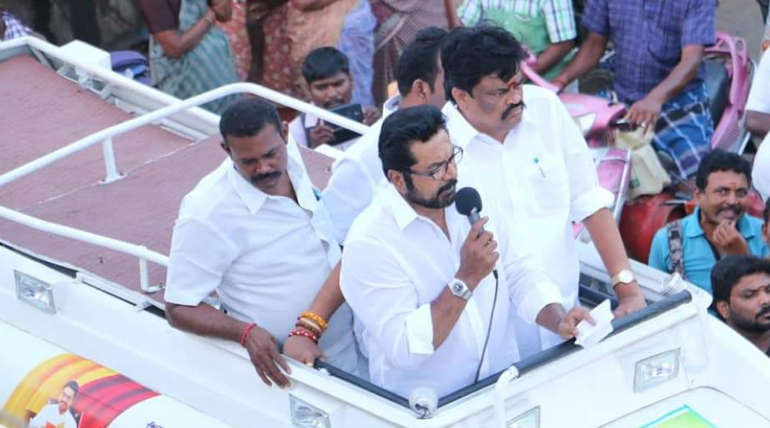 In the Virudhunagar Lok Sabha constituency, the DMDK candidate for the BJP-AIADMK alliance is Azhakarsamy and the Samathuva Makkal Party leader Sarath Kumar has campaigned yesterday for him. At that time, "The alliance of the AIADMK is mega alliance; Victory alliance. Modi needs to come as prime minister to retaliate China and Pakistan, which is a terrorist threat to India.

Rahul Gandhi is contesting with the Communists in Amethi constituency and competing against Communists in Wayanad constituency. In Tamil Nadu, Congress and Communists are in favor and against in Kerala. This is the example of the DMK-Congress opportunist coalition. The DMK-Congress coalition is involved in many corruptions like coal scam and 2G scam corruption. The election day is the most important day. He said that good leadership would bring many welfare schemes.