Scary Politcal Scene: Ruling Party Another Brahmastra to Save the State 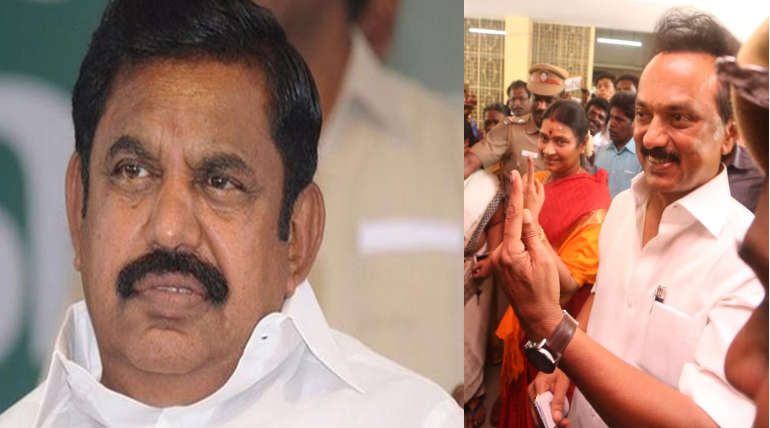 Edappadi Palanisamy Last Move to Save his rule

Chennai: The Tamil Nadu government has also been in possession of the last rites to save the state of Tamil Nadu. After Jayalalithaa's death, the Tamil Nadu government is going to be disqualified and the members of the Legislative Assembly are disqualified. In the history of Tamilnadu, this is a game that will not be enough to claim that there is no such incident. Currently this qualifying elimination game has reached almost the final stage. The Tamil Nadu Legislative Assembly once again suffered a mid-term election due to disqualification and death of the members. Elections for 18 constituencies in 22 constituencies are over. The remaining four blocks are scheduled for the remaining. 3 people are eligible to qualify, but the court will not go.

In this case, the state will collapse as election results are against the ruling party. Edapadi Palanisamy is doing many efforts to save the state. The speaker has decided to send a notice to him by denouncing the activities of three MLAs (Dinakaran support MLAs) - Aranthangi Ratnasabapathy, Viruddachalam Kala Chelvan and Kallakurukhi Prabhu. The actor and legislator member Karunas said he would announce the decision after the election results. ThamimumAnsari's status is also questionable. Kongu Thaniyarasu may be at the very end of the AIADMK side. It is in this situation that Edappadi  Palanisamy will take the last stroke to save his rule. It was in August 2017 for the sake of Tamilnadu, Gudkah is a means totally banned in the state. But its sales were going on now, high. An English newsletter publishes news about stocking.

In that message, a bribe of the Divisional Secretariat was seized in a diary containing the bribe details provided to the Chennai Metropolitan Police Commissioner, including senior officials and ministers. The English newspaper exposes the details about the bribe and sent a letter to the Tamil Nadu Chief Secretary. The English newspaper detailed that no further action carried out in this issue. The Tamil Nadu opposition leader Stalin, who took the newspaper in the hands  has filed a petition in the Legislative

Assembly seeking to take immediate resignation of the health minister, Vijayabhaskar, the police chief and Chennai Metropolitan Police Commissioner. He also blames Gudka available surplus as being banned by the government in Tamil Nadu. The DMK MLAs have suddenly demonstrated the Gudkha parcels in the assembly, as ADMK  ask the DMK to speak with the source. Being shocked by this reaction, Speaker Dhanapal and MLAs condemned this action by DMK members, recommends the rights group to take action against 21 persons. The issue goes to the Pollachi Jayaraman, the Chairman of the Committee and the Deputy Speaker. Pollachi Jayaraman is investigating as the head of the franchise.

Opposition Leader is also a member of the "Rights group". So he should invite him when the franchise meeting takes place. But he did not have a proper call. Stalin accuses him of having two meetings so far without calling himself. The DMK wants the court to stop the inquiry. The court also has interim banning. At present, the ruling is being for the ban. Move to remove the ban Jayaraman, who was in Pollachi, was rushed to Chennai to intensify operations. Law Minister CV Shanmugam is also trying to remove the court interim ban. If the ban is lifted, the DMK MLAs are more likely to take action against 21 people. If the action is to disqualify the DMK

will go to court to oppose it. The court did not have a problem for the ruling party until it came to the final verdict. So Edappadi Palanisamy has to use his last mantle to save the regime.

Scary Politcal Scene: Ruling Party Another Brahmastra to Save the State