Seeman Answered What Makes a Change in this Election 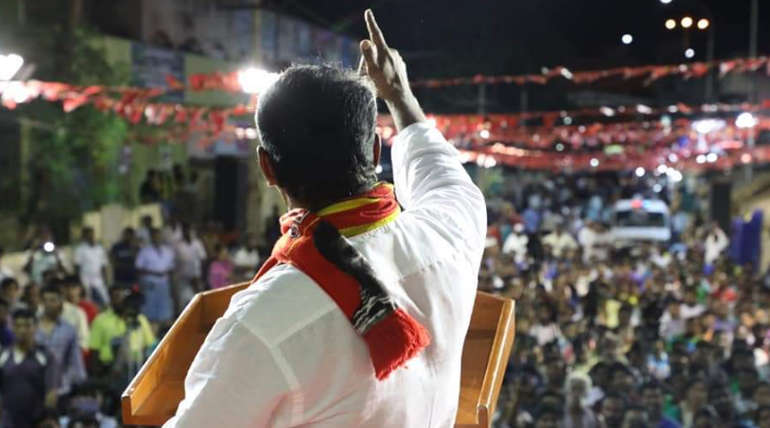 Seeman in his final day Campaign in Chennai

"ï»¿We have a big change in this election because we get closer to the people" Naam Tamilar party leadership leader Seeman interview with Tamil newspaper about his election campaign experience. In that he told that In his election campaign meeting, young people, non-party people, neutralists and women attend the campaign. There is a huge public expectation for political change. This spontaneous change has given him a great confidence.

He Said, "In the last election we expected people to have a lot more votes for us. Without identifying people in that election, we can not go to them. But in the last three years we have been plugged in. We are close to the people. So, in this election will be a big change." He added,"Karunanidhi and Jayalalithaa are not in this election but same symbol, the same coin, the same structure. It does not change the regime, change the setting. People have to wait for a period of time to change."

Speaking to reporters yesterday in Chennai, Seeman said, "The sugarcane farmer's symbol that we allocated to the Tamil party is printed in the ballot box, which is very small and blurred. It will be very difficult for the elderly, uneducated layers to find the symbol and vote for our party. It is subordinate to the ruling bureaucracy, accusing the Indian election commission that we have planned for Naam Tamilar party." Seeman completed his final campaign in Chennai, that is last day of the campaign.ï»¿ï»¿ï»¿ï»¿ï»¿ï»¿

Seeman Answered What Makes a Change in this Election