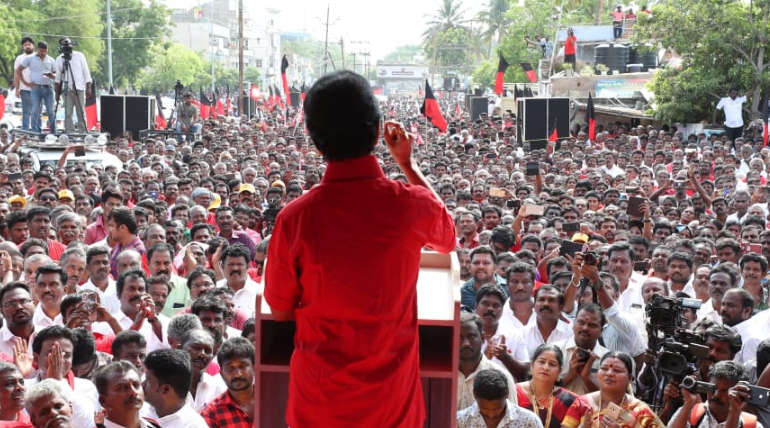 Thoothukudi: MK Stalin has said that the DMK government was announced May 1 as an official vacation day. Workers Day is celebrated all over the world today to praise the sacrifices and strength of the labours. Once upon a time, workers in the United States and Australia had been employed for 18 hours a day. In 1806, workers in the United States and Australia demanded 10 hours of work. The law was passed that 10 hours for government employees. But the struggle of the workers didn't end with this victory and is impossible. 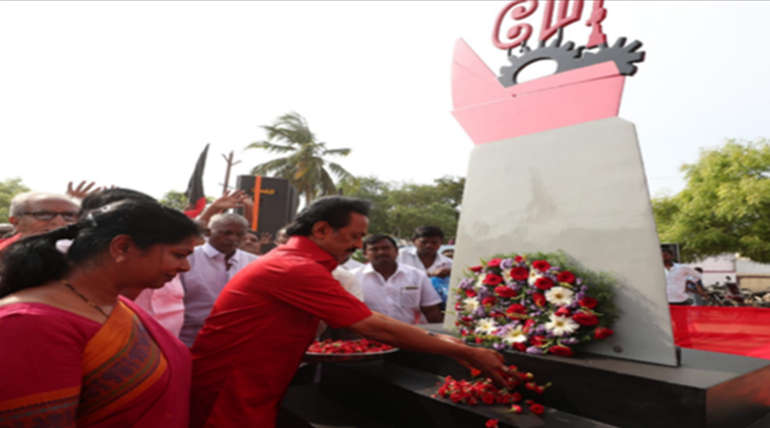 A united strike was held on May 1, 1886. Workers fought for various rights, including 8 hours of work in the industrial cities of the United States. It was then that the world's first labour movement was created under the name of the American Federation of Labor. Workers' demands were drawn up in 1890 by the United States. The day is celebrated as World Labor Day because of the struggle on May 1 for the recognition of workers' basic rights. It is noteworthy that the first day of labour was celebrated in 1923 in Tamil Nadu. 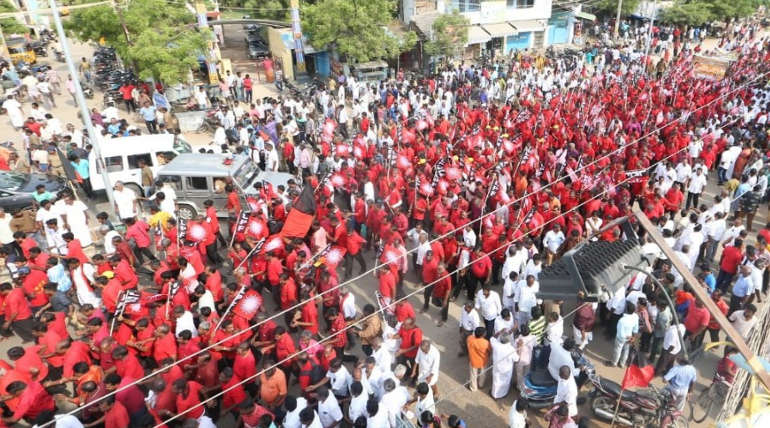 The May Day rally was held under the leadership of MK Stalin, headed by the DMK leader in Thoothukudi. DMK leader MK Stalin dressed in a red shirt, MP Kanimozhi dressed in a red sari, DMK volunteers took a redshirt. Speaking at the rally Stalin said that the 45 million workers of the country have been mortgaged for 4,5 corporate companies and the prime minister Narendra Modi has not even invited the farmers who were for many days in Delhi. DMK is the guardian of the workers. He said that Narendra Modi is not real guardian (Chowkidar). Workers rights are being suppressed by the federal and state governments at present, and it will be dated on May 23. DMK will always be the war and shield of workers. MK Stalin's May Day congratulates the workers that the DMK has voted to implement the plans for the improvement of workers in the newly formed Tamilnadu state and restore the rights lost by the BJP in the past five years.