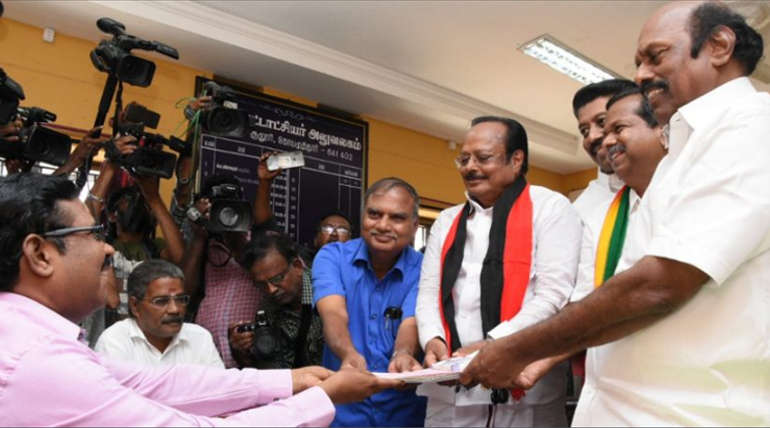 Sulur is relatively recent constituency formed in 2009. It was formed after a revision by combining parts of Palladam and Pongalur. Thus not much can be incurred from the previous election results. The first election was won by K. Thinakaran of the DMDK party and the last election in 2016 was won by R. Kanagaraj of ADMK whose death caused this by election.

Pongalur N. Palanisamy is the candidate for DMK in this by-election. He has won in Pongalur a part of which is now in Sulur in 1971 assembly election. But after that, he contested for two times and his wife contested for one time and all attempts ended with them losing. He then contested in Singanallur and won, but the indifferences between people of Sulur and Palanisamy hasnâ€™t been resolved yet. But DMK itself is not to blame as Ponmudi won here for them in 1996.

Rumour is that he was selected due to his ability to spend more than others here. Many followers of DMK are not very satisfied with his selection because of his past record.

The Coimbatore region has been the sweet spot for the ADMK party for a long time with them winning in Pollachi, Palladam and in Coimbatore north in many previous elections. But Mr Kandasamy the candidate for ADMK for Sulur this time is not a very powerful or a well-known candidate as per local sources.

Another threat to DMK is from the AMMKâ€™s R. Sukumar who has been an MP and was a member ADMK party. His local rapport also supports his cause.

Despite all the statistics, local sources claim the people's mindset are geared towards more DMK friendly results.