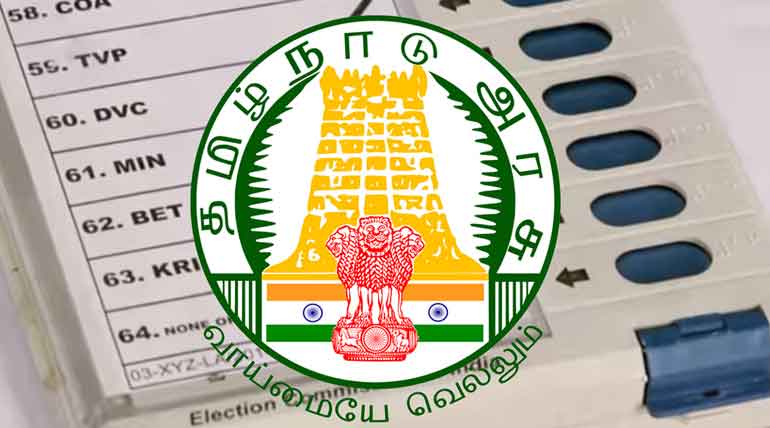 As per Election commission of India, AIADMK leads in 134 places where as DMK in 75, Congress in 10, PMK in 4 Pudhiya Tamilagam in 1.

Earlier Updates: The counting of the poll is on the way. The vote counting began at 8 am today. It says both the parties AIADMK and DMK are neck to neck race from starting of the count. As per latest report, AIADMK is leading in 109 places where as DMK in 76 places.

Counting not completed probably at noon we may know the result. As per the 9:40 am Jayalalitha leads in R.K Nagar with 2100 votes. DMK President M. Karunanidhi is leading in Thiruvarur with 2290 votes.

In Bodinayakanur, O Panneer Selvam is leading with 2797 votes. There is a tough battle between two parties in several places like Pennagaram and Thiruchendur.

DMK leads in Velachery and Virugambakam with 3239 votes.

Crucial news is in Ulundurpet DMDK leader Vijayakantha is trailing with 2466 votes after the second round.

Still won numbers is not revealed at event one place. Two hours have gone in counting. We can know the result very soon. Stay tuned.

Had a telephone conversation with Jayalalithaa ji and congratulated her on her victory. Also conveyed my best wishes to her. @AIADMKOfficial