The Winner of Thoothukudi Constituency 2019 Tamilisai Soundararajan or Kanimozhi 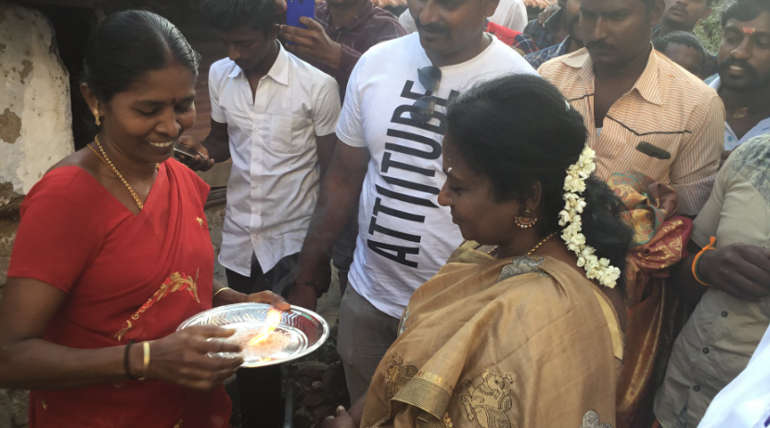 Tuticorin became the most important parliament constituency in Tamil Nadu. DMK state women's secretary, Kanimozhi is contesting as the DMK candidate for the first time. Tuticorin's victory is very important for Kanimozhi political future. 1Kanimozhi's mother belongs to the Nadar community and her birthplace is in Tuticorin constituency and it is said that the Nadar community choose DMK. However, the question of how she chooses that constituency in which AIADMK got success in the last election.

In the last election, district secretary of Thoothukudi N.Periasamy's son Jegan stood as DMK contest. On behalf of AIADMK in Nattarji, on behalf of MDMK Joyal, APCV Shanmugam on behalf of Congress and Mohanraj on behalf of Communist Party of India. Pushparayan also contested on behalf of AAP. The Bahuguna Party and seven independent candidates were in the field. The BJP did not contest there.

In the past five years, the success of the voters in the constituency is not likely to be enlarged, but the victory of Kanimozhi will be determined by voting for the DMK and the coalition parties in the last election. In this belief, she will get a lot of votes. And in the Sterlite affair, there is heavy dissatisfaction with the BJP and the AIADMK. Kanimozhi approach on this case, which is already in circulation, has found confidence in the common people.

The idea of AIADMK is in the constituency because it has no right candidate to contest against Kanimozhi. On behalf of BJP, it is said that it will be headed by state president Dr.Tamilisai Soundararajan. She has been on the run for the last one week in Thoothukudi constituency. Suddenly, BJP volunteers have given a great welcome.

The fact is that there is no big influence in BJP in Thoothukudi district. The success of the BJP candidate in Thoothukudi constituency, which is widespread among Hindu, Christian and Muslim people, is a very difficult one. In the last election, voting for AIADMK, even the Muslim people are currently voting for the DMK now. Since BJP is in the race, it is believed that the entire Christian and Muslim vote will be available for the same. Anita Radhakrishnan's election approach is one of the positive aspects of Kanimozhi.

Whether Tamilisai Soundararajan will compete with Kanimozhi is a big question in Tamil Nadu. Thoothukudi has become the most noticeable constituency in India.

The Winner of Thoothukudi Constituency 2019 Tamilisai Soundararajan or Kanimozhi