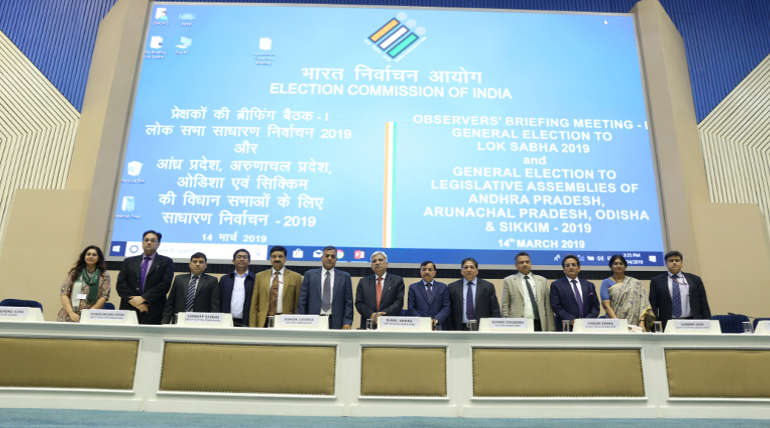 India, the largest democratic country in the world, is preparing to meet another big election. This election is going to be held in seven phases from April 11 to May 19. The announcement was issued yesterday with the President's approval. Accordingly, for Lok Sabha election, Andhra Pradesh, Telangana, Maharashtra, Bihar, Chhattisgarh, Uttarakhand, Orissa West Bengal, Kashmir and 8 northeastern states, Andaman and Nicobar and Lakshadweep have started the nomination filing starts yesterday.

Similarly, nominations for 97 seats starts today in Tamil Nadu, Karnataka, UP, 13 states and Puducherry in which election will be held on April 18. In Tamil Nadu, the choice of 18 legislative candidates for the mid-term polls begins today. Nominations can be made till 26th March. The deadline is on March 29 and also to withdraw nominations.

Meanwhile, observers from various states have come to Tamil Nadu to monitor election expenditure. They will begin to observe the amount spent by the candidates secretly.