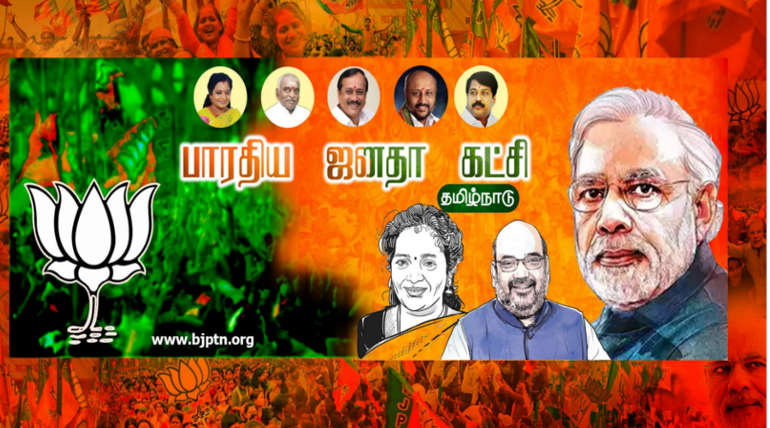 Congress leader Rahul, DMK Stalin are accusing BJP Government for not giving jobs to 25 crore people and in this five years, BJP Government has not fulfilled the promises made by Prime Minister Modi. But BJP chiefs felt that prime minister's Mudra bank loan scheme, business loan processing within 59 minutes, Make in India didn't reach people because of the executives fail to reach the people through projects.

For this purpose, the national leader Amit Shah has ordered to take Prime Minister five years achievements to the people, especially the people of Tamilnadu, through the media. According to this, 'Tamilnadu Namo Warriors Social Media' meeting was held in Madurai. Not only the administrators of four districts, but also BJP media division directors Raghavan and Narayanan also took part in the Madurai Conclave.

Discussing in the Madurai conclave meeting about BJP achievements for Tamilnadu people, Muralithara Rao said: Earlier, in the DMK, the coalition government, Eelam Tamils â€‹â€‹were killed in Sri Lanka.  The Sri Lankan Navy killed the Tamil fishermen for catching fish in the sea. But after Modi came to power, no Tamil fisherman was killed. They are doing their job in the sea without any harm. In addition, he went to Sri Lanka and met the war affected areas â€‹â€‹and offered 60,000 houses to Tamils. This is only because of Prime Minister Modi. To defeat the opposition's false propaganda, Prime Minister Modi achievements like AIIMS Hospital in Madurai, Logistics Park, Chennai Bengaluru Expressway will be propagate through social medias such as Facebook, WhatsApp and so on.