No to NITI Aayog Only Planning Committee Rahul Gandhi Confirmed 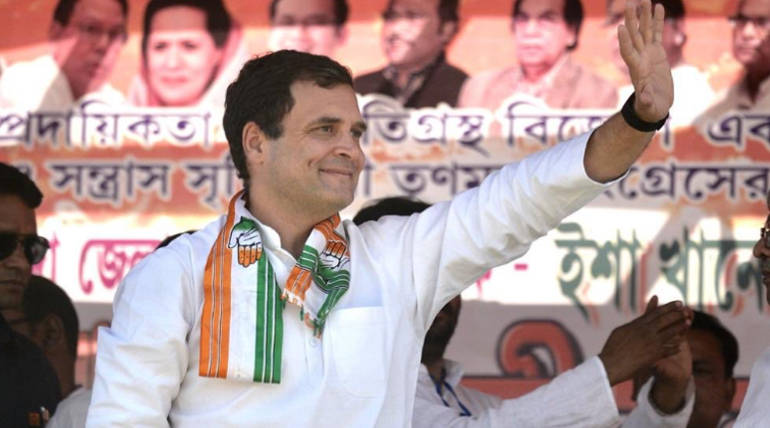 If the Congress comes to power, the financial establishment NIT Aayog, set up by the BJP government will be removed. Congress president Rahul Gandhi has promised that the Planning Commission will be brought back instead. In 1950, the Planning Commission was brought under the reign of the Congress. Despite the fact that several parties were in power in the country, the project committee was in power despite the BJP's senior leader and former prime minister Atal Bihari Vajpayee.

When Modi-led government in 2014, the Planning Commission has been dissolved and replaced by the NITI Aayog. Opposition parties have accused the Planning Commission of discriminating against the states and promoting Modi's activities. In the meanwhile, Congress leader Rahul Gandhi announced that this program would be implemented in an attempt to restore the poor. According to the plan, 20 per cent of the poor have declared the promise of having minimum wage of Rs.72000 per year.Rajiv Kumar, Vice President of NITI Aayog was strongly criticize that it is Rahul Gandhi's election manifesto. The Election Commission, which is considering this, sent a notice to Rajiv Kumar.

Congress leader Rahul Gandhi has posted on his Twitter page yesterday. It was created after Prime Minister Modi came to power in 2014. It did not do anything other than revising the statistics and promoting Modi's activities. If the Congress party comes to power again, the country will be phased out by the financial inoculation. Instead in Congress rule, the Planning Commission will be brought back. The committee will set up a group of not less than 100 economists, including market experts. Union Minister VK Singh has reacted to Rahul Gandhi's Twitter. "Your party has been in power over the last 60 years, and the Planning Commission set up in your family is not doing well enough and self sufficiently. Think of what you can do to the country instead of acting in the abolition of emergency laws and destroying companies."

No to NITI Aayog Only Planning Committee Rahul Gandhi Confirmed