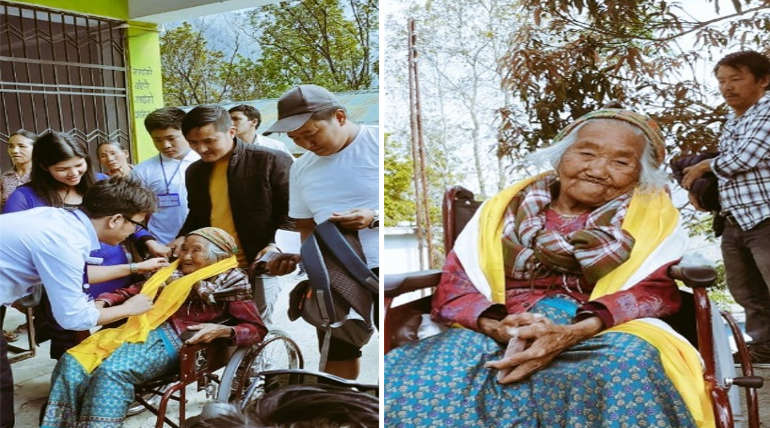 First phase of voting is going on with enthusiasm. This passion is being not only in young voters but also in elderly voters. In this first phase of the lok sabha election 2019, 107 year old woman named Sumitra Roy from Sikkim constituency has cast her vote.

Twitter user PIB of Sikkim tweeted the photos of the voter and considered as the oldest woman registered in Sikkim to vote in this election. Further, Sumitra Roy, who is resident of Kamlai went to Kamnagar Secondary School under the Nepokkalok Kamarang constituency voted in polling booth.

Before this, in 2017 Gujarat assembly election, 126 year old Chandvadia Aziben Sidhbhai was the oldest woman by voting in Rajkot. For Sikkim the voting process completed in a single day.