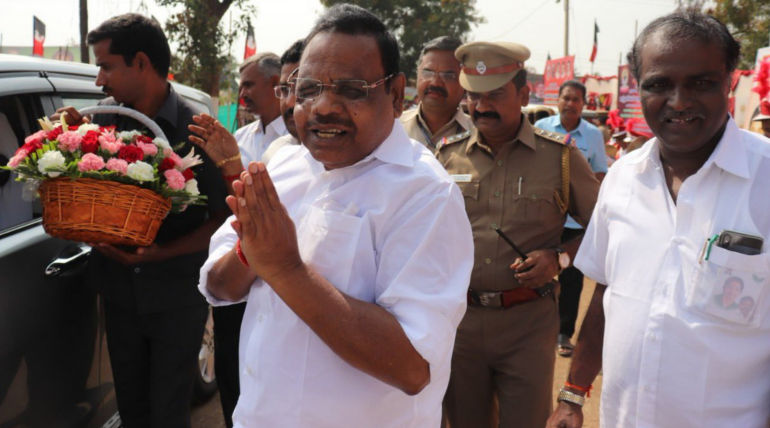 The 3 MLA's of AIADMK party namely E Rathinasabapathy, VT Kalaiselvan, and VT Prabhu has been issued a notice for supporting TTV Dhinakaran (AMMK) by speaker Dhanapal of Tamilnadu Legislative assembly. The chief government whip S Rajendran produced prominent evidence against them to speaker Dhanapal. The AIADMK MLA's are expected to respond back within 7 days regarding the notice issued by the speaker.

The final judgement regarding the disqualification of those MLA's by the speaker will certainly reduce the strength of the AIADMK party in the assembly. It also leads to a chaotic situation where the majority numbers of MLA's are required by the AIADMK, to hold its power in TN assembly. After the sad demise of J Jayalalithaa, the AIADMK party suffered a huge blow and faced a floor test in the form of VK Sasikala, which was later revealed by O Panneerselvam on February 2017. After that incident, the government under Edappadi K Palaniswami was put up into another dare from TTV Dhinakaran, who pulled out 18 ministerial candidates from Edappadi's cabinet on September 2017.

And in turn, the AIADMK party gave a quick response by disqualifying the 18 MLA's and those people claimed against this concern at Madras High court. The decision was finally upheld by the court after years of a prolonged legal battle. This will reduce the strength of the ruling party to 113 and requires 10 more seats in the ongoing by-poll election to safeguard their powers. The move of disqualifying 3 MLA's from the assembly is unconstitutional stated by DMK. The opposite party is also set to propose a no-confidence motion against speaker Dhanapal for his discriminating actions.