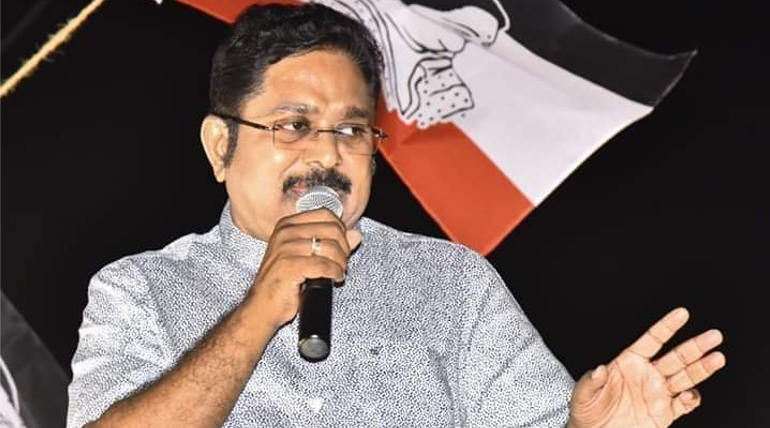 The Tamil Nadu Lok Sabha election 2019 is nearing its date and parties are busy forming alliances with various other parties. Amma Makkal Mamma Munnetra Kazhakam leader TTV Dhnakaran is playing a silent game without big campaigns and is keen on making the vote separations to make an impact in the result of the upcoming election.

TTV Dinakaran, after winning the RK Nagar by-poll made everyone feel his presence in the TN politics. After getting sacked from the ADMK party, TTV started his own party with 18 MLA's from the former party. For the past year, TTV is rounding all over Tamil Nadu and taking a survey on the existing political situation among people.

AMMK are confident about winning at least 3 seats in the state and will also get a maximum vote share in about 15 constituencies as per the calculations of TTV. This will separate the vote from DMK and ADMK parties which would play a major role in altering the result of those constituencies.

The party didn't form any big alliance with other parties and joined only with the Social Democratic Party of India as an alliance. While the election date is nearing we can expect full swing campaigns around the state.