TN Farmers Protesting In Delhi Beating Themselves In Foot Wear 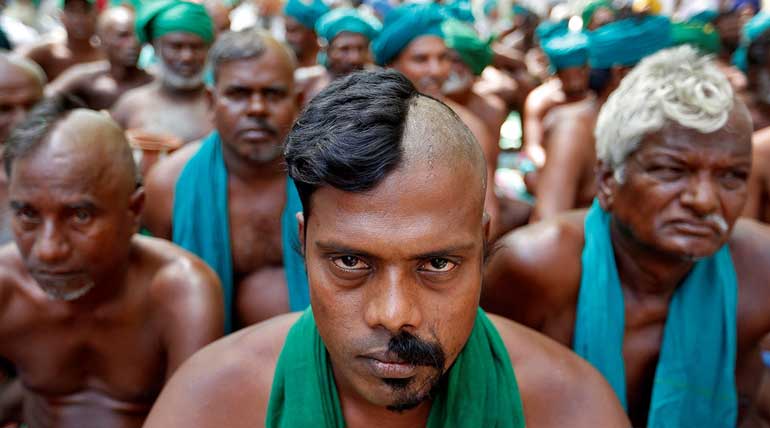 TN Farmers Protesting In Delhi Beating Themselves In Foot Wear: Tamil Nadu farmers protesting in Delhi demanding the loan waiver, Cauvery Management board, South Indian Rivers linking, etc. But nobody seems to bother about them who revived their protest again in Jantar Mantar. Today they went to an extreme step beating themselves with chapples.

It is very painful act that made common people to worry about their fate. Farmers say they are unhappy with MLAs salaries hike and they are left without care. Tamil Nadu had been a drought state and nearly 400 farmers had died due to crop failure, there are protests everywhere in Tamil Nadu. In this situation, the people and opposition parties ask "Is salary hike is very important" Farmers protest continues at Jantar Mantar with skulls and bones.

TN Farmers Protesting In Delhi Beating Themselves In Foot Wear