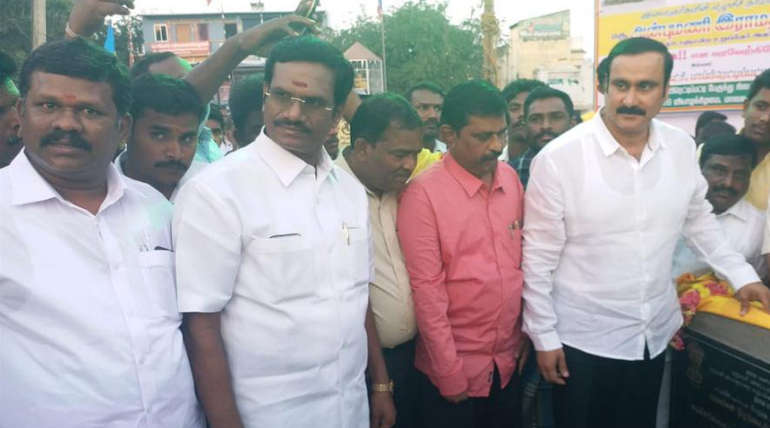 After a decade long PMK (Pattali Makkal Katchi) returning to the mega AIADMK alliance is considered a dynamic element in TN politics and in Lok Sabha elections. PMKâ€™s proven average 10% vote share strength in north TN districts has enhanced the AIADMK alliance all over TN and specifically in north TN districts. Dr. Anbumani Ramadoss, a renowned politician, leader of PMK and a clever strategist has once again jumbled the strength of PMK vote share to his partyâ€™s benefit in the bargain of allocated seats in Lok Sabha elections, which resulted in 7 MP seats and 1 Rajya Sabha seat to his party. Among the seven constituencies, six being from north TN is an additional strength to his party.

Isolating the constituencies signify Dharmapuri would be a stronghold for PMK because of Anbumani Ramadoss(the sitting MP, contesting again in the same constituency). The election results of Dharmapuri is unpredictable as always. So the wait continues until May 23, 2019.

Mr. AK Moorthy, a former MP and deputy general secretary of PMK is contesting in Arakkonam constituency. He serves the party sincerely and he has also established his leadership in various fields.

Apart from these constituencies K Jyothi, A Vaithilingam, and Vadivel Ravanan are unanimously selected by the party to contest in Dindigul, Sriperumbudur, and Viluppuram respectively.

Many innumerable changes are expected to happen in TN politics after the 2019 Lok Sabha Election. Letâ€™s wait and see.