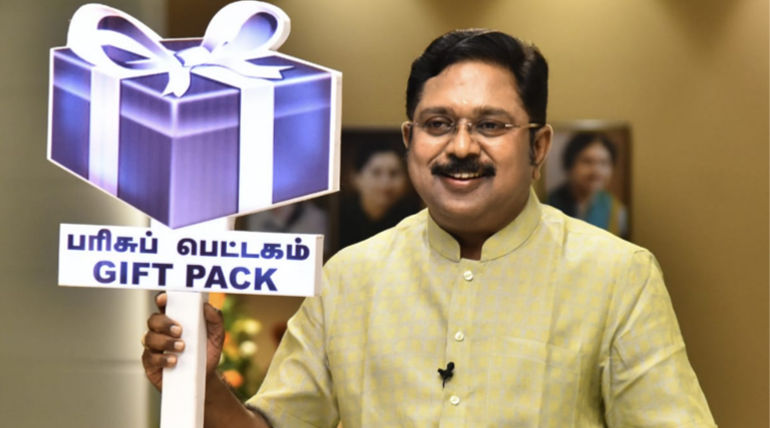 After the jail sentence of Sasikala, both she and TTV Dinakaran were removed from the party and TTV with his supporters started a new party named AMMK. At that time he said that AMMK is not a seperate party and it is a branch of the AIADMK. Their main motto is to acquire the ADMK party and the two leaves symbol as said by him then.

After the party won the much anticipated RK Nagar by-polls with TTV Dinakaran, it showed the power of their existence without the two leaves symbol. TTV stood with the cooker symbol in that election and saw a massive victory in the region. With all the confidence when he was about to face the Lok Sabha Elections 2019, there came a hurdle as the Election Commission disagreed to give a symbol to the AMMK party.

Apart from two leaves, the commission didn't even agree to give any common symbol to the party as it is unregistered. Then after a long struggle, the party got the permission for independent candidates to contest with a common symbol under AMMK which was set as the gift box. This somehow allowed the party to contest in the 18 assembly seats for 2019 polls in Tamil Nadu.

While the party cadre, TTV is confident about bringing a change in the upcoming election results, the recent meeting held in their party office apparently announced the big news of TTV Dinakaran named as the General Secretary of the party. Meanwhile, the case for the two leaves symbol between ADMK and AMMK is still under inquiry in the court.