TTV Dinakaran Cannot Get Another Good Chance of Doing This 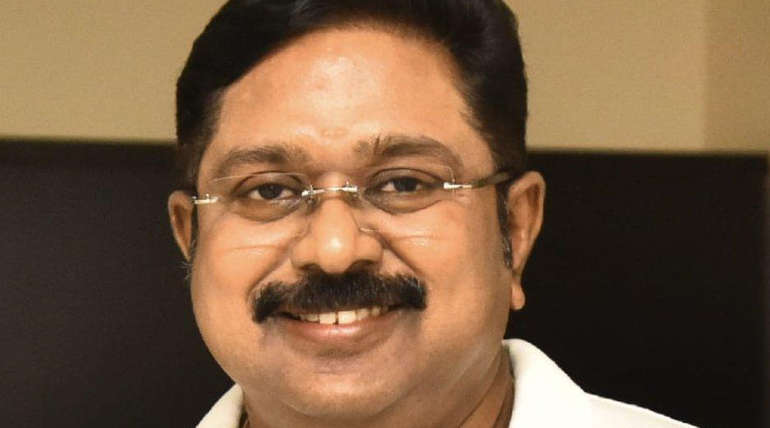 Chennai: AMMK General Secretary TTV Dinakaran has a good chance to seize the AIADMK and ADMK government. The tragic events are taking place in Tamil politics. The whole of Tamil Nadu is waiting for the results of the election on May 23. Tamil Nadu has not only voted for Lok Sabha elections but also voted in the assembly election. It is noteworthy that in 8 seats, the AIADMK can only get the majority. It has taken the stroke to remove the legitimacy of the AIADMK government. The party has decided to remove three MLAs from the AIADMK. The Aranthangi constituency -  Rathinasabhapathy, Viruddhachalam constituency - Kalaichelvan and Prabhu of Kallakurikku constituency are eligible to be disqualified. The notice has been issued by the Speaker.

The DMK has now responded to this issue. Accordingly, DMK is to bring a no-confidence motion against the Assembly speaker. Without this confidence, the speaker will not be able to disqualify any MLA unless a referendum takes place. This is the time, in the Tamil Nadu Assembly, there is a confidence vote. This is where TTV Dinakaran hand can rise. 5 to 6 AIADMK MLAs are ready to support TTV Dinakaran. Similarly, two MLAs, Karunas and Tamimun Ansari, competing in the double leaf symbol, are likely to support Dinakaran. So in total, Dinakaran is expected to get a total of 6-8 MLAs. The position of these 8 people is of great importance during the confidence vote.

The decision that TTV Dinakaran take becomes very important. Whether if he would support the AIADMK. or he made DMK would lead to the rule, nor he would be ready to face the election without supporting anyone. After long days the air is now starting to hit TTV Dinakaran side. With the strength of MLAs he has, TTV Dinakaran is likely to lead the AIADMK. It is possible to send some people out of the party and take the party in control. Let's see.

TTV Dinakaran Cannot Get Another Good Chance of Doing This