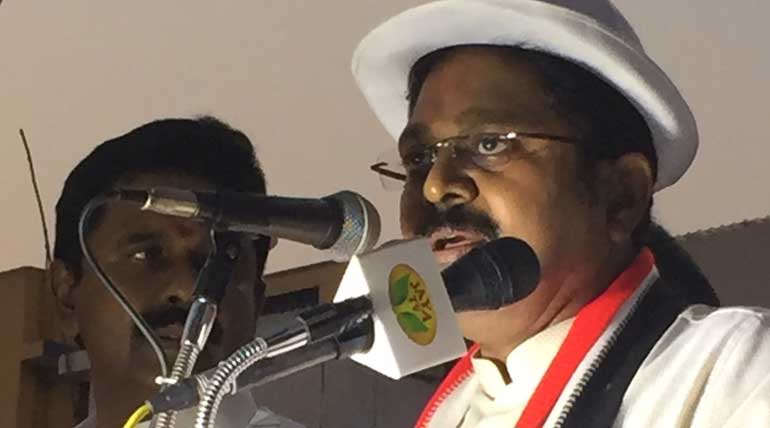 AIADMK deputy general secretary TTV Dinakaran and his famil members have been ouster from the party. O Pannerselvam addressed the press today saying it was the first victory for them. He said he is ready for talks to merge to parties. 'Both factions will now work towards fulfilling the desire of party workers,' he said.

Meantime Dinakaran said he will be out of the party if party is benefited. The party members has fear on something announced he is oust from the party. He took his twitter handle to extent his heartfelt gratitude to party office-bearers and members who have extended supports to him till now. He added he is mature enough to step aside considering his party's future.

Delhi police had filed FIR against TTV Dinakaran for bribe for achieving 2 leaves symbol to Election commission. Today police has announced he is a wanted person and issued notice to Airports to prevent him to go abroad. Delhi Police is to arrive Chennai to investigate Dinakaran today evening.

Before going to prison Sasikala placed her nephew Dinakaran as party in-charge. Some of his tweets before leaving AIADMK are below.