Udhayanidhi Stalin Challenged EPS to Prove the Influence Among People 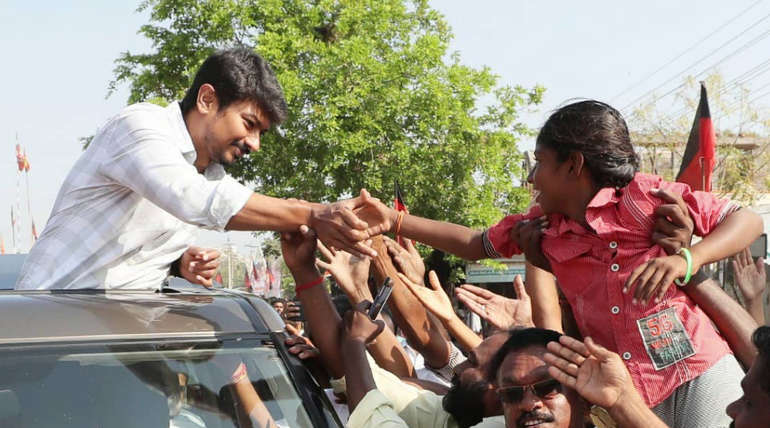 Udhayanidhi Stalin challenged Chief Minister Edappadi Palanisamy to prove who will be having more influential. The actor Udhayanidhi Stalin is also involved in a series of campaigns in support of his father MK Stalin, the DMK president.

Speaking at the election campaign in Salem Malloor on Thursday, Udhayanidhi Stalin said, "The grandson of Karunanithi, the son of DMK leader MK Stalin I will challenge the Chief Minister Edappadi Palanisamy as you are the Chief Minister and I am the ordinary volunteer of the DMK. Choose one of the hamlets in Tamilnadu. Let's go there. Let's see if people come to you or come to me. Are you ready to accept this challenge?"

Collection - Corruption - Commission. This is the only motto for the ADMK. Salem six way highway corridor is an example for this. DMK first protested against this project. Next to them Anbumani Ramadoss opposed against the project. Amma way (Jayalalithaa) is the way to rule. But they did not tell us how she died. she was hospitalized for 90 days in Apollo Hospital and did not let anyone to see her. The price of an Idly that she ate was Rs. 75 lakh. There is no security for chief minister itself is the current scenario of Tamilnadu.

Udhayanidhi Stalin Challenged EPS to Prove the Influence Among People