When I was MLA, OPS was just an ADMK Branch Secretary says Congress KS Alagiri 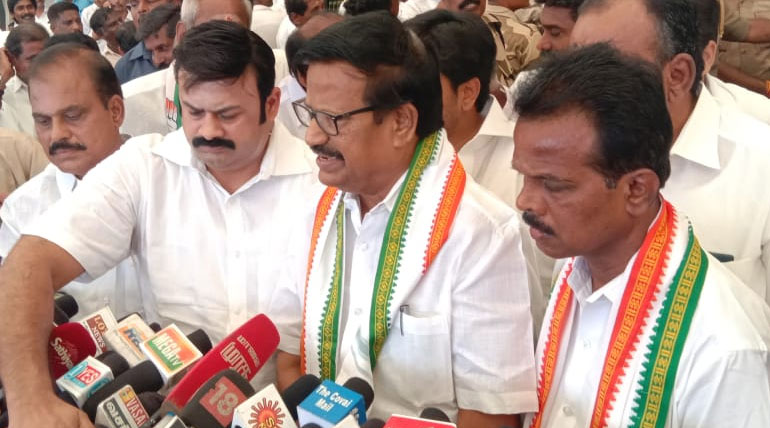 Speaking to reporters, KS Azhagiri said, "Are you ready to carry an income tax raid in OPS and EPS homes?" Speaking at an election campaign in Sulur, Deputy Chief Minister O. Panneer Selvam said, "Congress has lost its name since many years in Tamil Nadu, don't know where this KS Azhagiri came from"  Meanwhile, KS Alagiri met with reporters in Chennai and at that time, he said, "Chief Minister Edappadi Palanisamy and the deputy chief minister P. Panneer Selvam has no specific policy".

Both the leaders of ADMK are under the safety and control of Narendra Modi and OPS has said that Congress is a disappeared party and where I came from, he should remember only one thing. When he was a branch Secretary in Periyakulam, I went to the legislative assembly as an MLA in Tamil Nadu. Since I was in Congress, I had not gone missing, It is OPS who did Dharmayudham and disappeared said KS Alagiri.

When I was MLA, OPS was just an ADMK Branch Secretary says Congress KS Alagiri