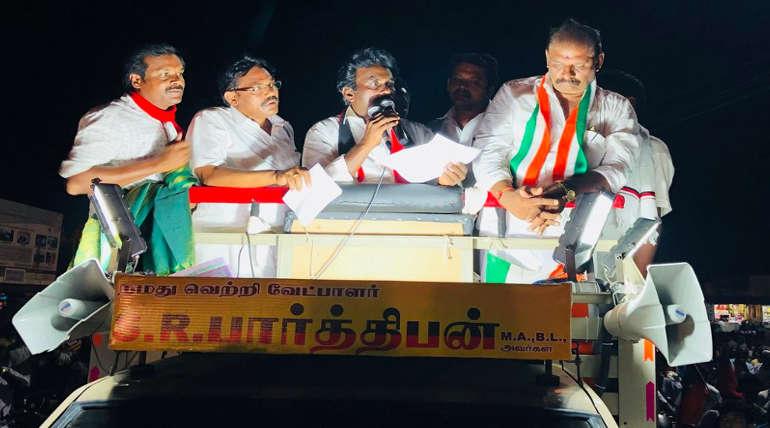 Salem Lok Sabha constituency: Salem Mango is world famous. There Yercaud is a tourist destination. Anti-voices against Salem - Chennai  eight way corridor lane road recently emerged in Salem. In Salem Lok Sabha constituency, the AIADMK and DMK candidates are engaged in intense campaigns without a dilemma. The DMK has been showing some speed in campaigning with famous people than AIADMK. DMK party leader MK Stalin initiated the first campaign by promising to vote for DMK candidate S.R.Parthiban. Following him, the CPI (M) Secretary Balakrishnan, Udhayanidhi Stalin, former Minister AV Velu, actors Vasu Vikram and Vagai Chandrashekhar were involved in the campaign. As the highlight, Congress leader Rahul Gandhi will address a public meeting on January 12.

For AIADMK Candidate KSR Saravanan, Deputy Chief Minister O. Paneer Selvam, Ponnaiyan, Anbumani Ramadoss, actors Sarath Kumar, Ponda Mani were campaigning in favor of KR Saravanan. Chief Minister Edappadi K. Palanisamy will speak at the public meeting on May 14. Among the AIADMK and DMK candidates, AMMK candidate S.K. Selvam is also a contender. SK Selvam, a well-known district secretary of the Salem District Vice Chancellor, is said to have significantly split not only the votes of the DMK but also for ADMK.

There is a tough competition between DMK and AIADMK in Salem as per the current situation. However, there is a little confusing to predict who will win. As for now DMK Candidate S.R.Parthiban who came from DMDK, currently lead the race and then AIADMK  K.R.S. Saravanan is next to him. Naam Thamilar Candidate Raja Ammaiyappan is next to Saravanan.