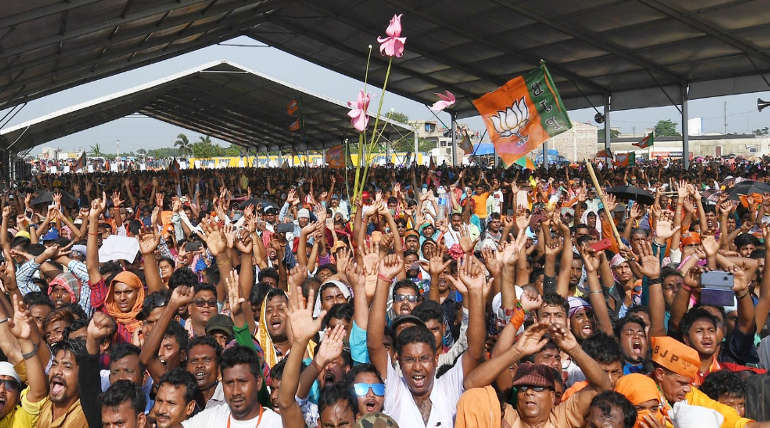 Lok Sabha election 2019:  It was a humongous victory for Modi-led BJP in 2014 which won 282 out of 543 seats, the one-off happened in the political history of India. Indians started reckoning him as a successful and charismatic leader. The BJP-led central government has promised several measures which were not materialized during his tenure. This is making the party walk in thorns now. It was obvious that when the Telugu Desam Party (TDP) broke ally with BJP which was once advocating it. The central government did not give it a special category status which was vowed. The TDP leader N Chandrababu Naidu accused him of provoking regional movements in the state.

Uttar Pradesh is also expected to turn its back towards Modi-led government. The region is meant to satiate Indiaâ€™s leather appetite. It is an industrial cluster of tanneries which provided employment directly and indirectly to many people. The pollution control measures are taken by the government lead to suspending the operations causing angst among many workers.

Indiaâ€™s population comprises of farmers which accounts for 50%. It is clearly palpable that Indian peasants have been stranded and struggled to cope with the rising debts and fall in returns. Loan waivers were demanded but in vain. The limitations in the structure were not handled by the government smoothly in the agricultural sector.

The government is tagged as â€œaversion-towards peasantsâ€ government. It was perceived initially that the second wave of Modi was plausible. But the three unforeseen losses from Rajasthan, Chhattisgarh and Madhya Pradesh turned the coin over. Tamil Nadu is not for Modi as there exist a plethora of concerns but now with the farmers recurring suicidal chapters, it is going to be a grave encounter for the party.

There was an anti-BJP coalition in his home-land Gujarat recently where the upper caste Patidars forms an alliance with Indian National Congress (INC).  The BJP governmentâ€™s flip play with most of the states has put it in a phase of distress but a little over 20 days will divulge the reality.