Will MNM Coalition with BJP after Election: Kamal Haasan Clarification 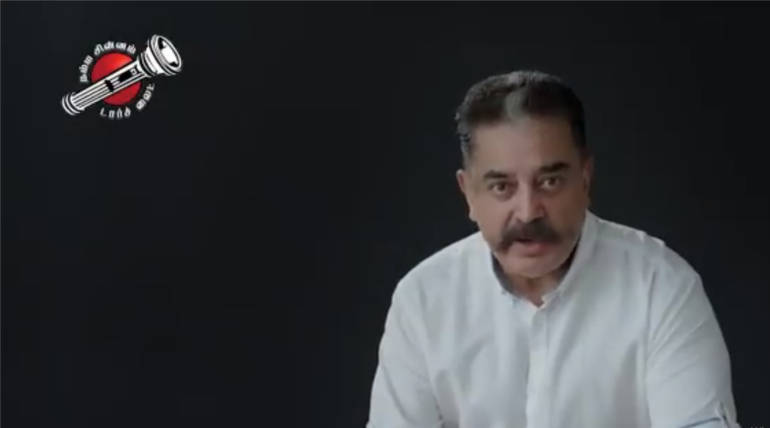 Will MNM Coalition with BJP after election: Kamal Haasan Clarification

After the Lok Sabha polls, Congress and BJP will have a coalition with Kamal Hassan. Makkal Neethi Maiam is actively campaigning for the Lok Sabha elections. In this situation, the leader of the MNM, Kamal Hassan is campaigning in Tamil Nadu. He has now given an exclusive interview to a popular television. In his interview with journalist Pranay Roy, he spoke of the post-election coalition.

In his interview, Kamal Haasan mentioned one of the main reasons why he come to politics. "I was thinking of this when I got the film. In the future, there are so many problems that will happen in the country. But I did not want it to happen. Now it's really going on. It happens in the Jewish camps in Germany. My anger is the reason for my politics. The reason for my inability and change is the reason. I'm going to concentrate on that. This is not just a choice of prime minister. This will be an election that will go ahead with our identity.

Both the Congress and the BJP are not acceptable in Tamil Nadu. But we have no choice. We are not a national party. We are State party. We can not create a third team. That is why a national party should be supported for the benefit of Tamil Nadu.After the election, the BJP and the Congress did not have any problems for us to be aligned with those two parties. But they need to change their political intention. We have to pay more attention to the problems of Tamil Nadu. We are not going to sell us to them. Kamal Haasan said that we are only going to do all for the benefit of Tamilnadu.

Will MNM Coalition with BJP after Election: Kamal Haasan Clarification