Will Priyanka Gandhi Contest Against Narendra Modi in Election 2019? 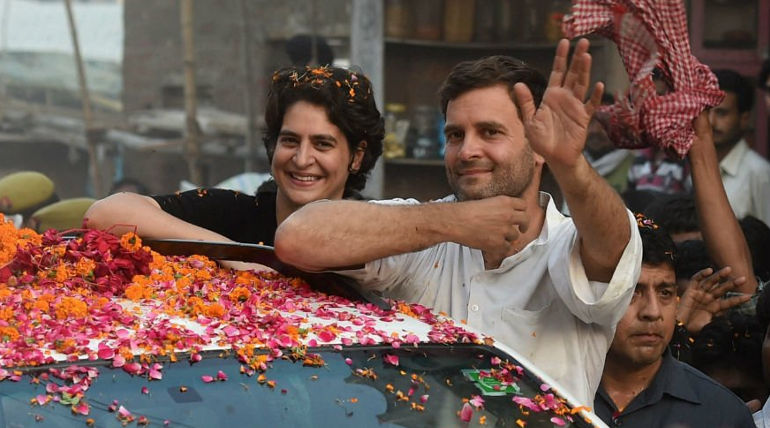 Priyanka Gandhi about Contesting in Varanas Against Modi

Congress this time has launched Priyanka Gandhi for the upcoming parliamentary elections 2019, who has not been in serious politics all these days. Priyanka was appointed as the General Secretary of the East in Uttar Pradesh in January to start her political journey and since then she has been traveling to many states across the country to campaign in favor of the Congress candidates.

Currently, Priyanka is campaigning in support of her brother Rahul Gandhi and mother, Sonia Gandhi in Uttar Pradesh. Her campaigns so far have been well received by the people and the people of Congress are demanding the party heads to make her contest in the upcoming elections and to not stop with just speaking after coming to politics,

Meanwhile, the Congress is yet to announce the name of the Congress candidate to contest against the current Prime Minister Narendra Modi in the Varanasi constituency. The news that Priyanka will contest at that point has been circulating in media for the past few days. Priyanka's husband Robert Vadra said, "Priyanka deserves to contest against Modi in Varanasi and If Priyanka is competing, it would be a big challenge for Modi. "

In this situation, journalists questioned Priyanka in Kerala today during her press meet. Reporters asked whether she will contest in Varanasi against Modi. Priyanka Gandhi responded "If Congress leader Rahul Gandhi says, if the party wants, I will contend against Modi happily. This election is no ordinary election. An election that will save our country."

Will Priyanka Gandhi Contest Against Narendra Modi in Election 2019?