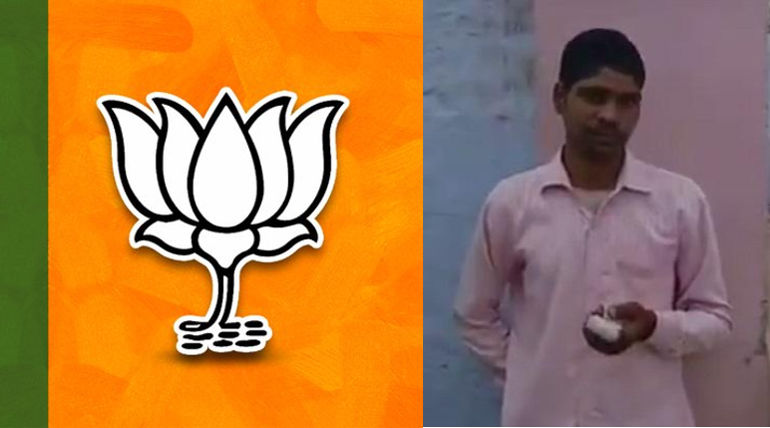 Youngster Chops Off His Finger

The incident of a young man who has voted for the BJP in Uttar Pradesh and chopped of his finger has caused a big stir.  Lok Sabha Elections Second phase polling held on Thursday. The election took place in 95 constituencies in 13 states and Union Territories. In this situation, the BJP has taken a finger of a candidate unintentionally for a vote. The guy released a video with his hurt hand along with his family.

Like every other people, Pawan Kumar has gone to the polling booth with the idea of voting Bahujan Samajwadi Party. The youngster is an ardent votary of the Bahujan Samajwadi Party and he was about to vote the candidate Yogesh Kumar in his constituency of Bulandshahr. But at the time of voting, he unintentionally voted for the BJP candidate Bhola Singh, the current MP. After voting he shouted and got frustrated, returning to his home.

Being a vicious volunteer of the Bahujan Samaj Party, the youngster also made elections campaign for that party. After the changed vote, he ran angrily to home and cut his finger off with a knife. His family took him to the hospital and gave treatment for him. A video about this sensational incident has been released on the Internet and being spread across the social media.