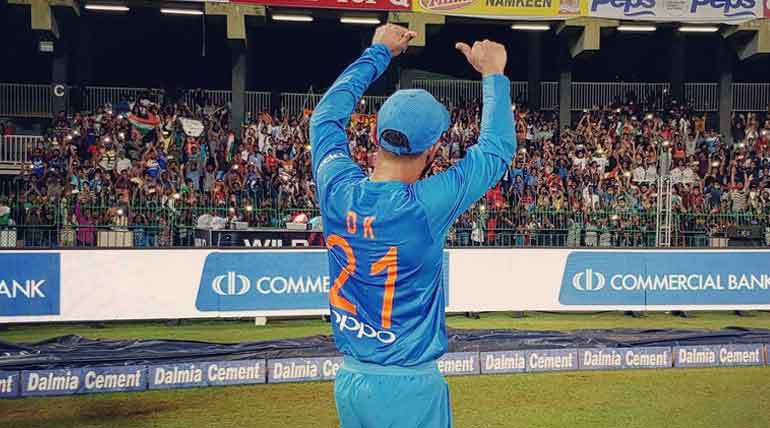 Dinesh Karthik is a trending cricketer who became famous overnight by hitting 2 sixes and scoring 29 runs totally in the 8 balls faced in the last two overs of the final of Nidahas Trophy and making India lift the trophy. Indian senior cricket players, in their twitter pages, had praised him for the unbelievable timely knock. Dinesh Karthik said in a recent interview, “I will talk only in Tamil with our Tamil players in the field”. He added that he felt comfortable in speaking in Tamil than in English. Tamil Cricket fans were complimenting him a lot in social media about his Tamil talks in the cricket field. Throughout the Nidahas Trophy, he had been talking in Tamil with Vijay Shankar and Washington Sundar. Asked about the last ball six in the final, he said that he had acquired the confidence to hit six at that time and it had become a memorable best innings of his career. He also said that he had been waiting for a long time to play such like inning for India.

Dinesh Karthik told that there has been a stiff competition to enter into the Indian Team and it would be must for players to expose their talents at a given chance so that one can continue for a long time in the Indian team. According to the present situation, if a Tamil player performs well in the state team, they would definitely get a chance. As an example to this, Washington Sundar had proved his presence through this Nidahas Trophy and Vijay Sankar also did well, said by the DK. Asked about the new responsibility of captaincy in an IPL team,  Dinesh Karthik replied,” it is a great chance to be a captain for Kolkata team and I actually hoped to play for Chennai team, but this time, I did not get a chance to wear Chennai jersey”.