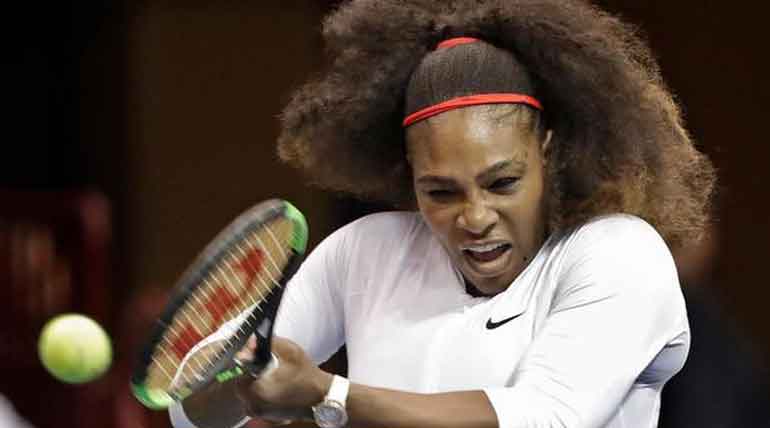 In the ongoing Miami Open Tennis Championship in the USA, American tennis player Venus Williams has stepped into QuarterFinals by knocking out Johanna Konta of British in the fourth round match of Women's Singles held on Tuesday.

The three-time champion Venus Williams was facing the defending champion Konta in the first set. Unexpectedly, Venus lost the first set to by 5-7. Though the first set went up to a thrilling tie-breaker 5-5, Venus could not make it. But, Venus won the second set very easily by 6-1 neutralising the first set loss. In the victory-deciding third set, there arose much expectation from the audience. As expected, she registered her victory in the third set by 6-2 more comfortably. Conveying her greetings to Venus Williams, Britain's leading tennis player Johanna Konta left the tennis court with a sad face. Following the loss, Konta drops out of top 20 rankings.  In an interview after winning the match, the World No.8 ranking Venus Williams said that the opponent Konta had played some amazing shots to beat her in the first set but she hoped of winning the next two sets.

Since her first appearance in Miami Open in 1997, Venus had made 64 match victories till date and clinched three Miami titles in 1998, 1999 and 2001. The 37-year old Venus Williams will be facing 24-year old D Collins of America in the QuarterFinals on Thursday as per Indian Standard Time.

When asked about her upcoming match with former No.1 Venus Williams, D Collins replied that she was looking forward to playing against the one whom she had taken as reference for her entire life. D Collins also added that she didn't have anything to lose and she would do her best and it would be a great match definitely.