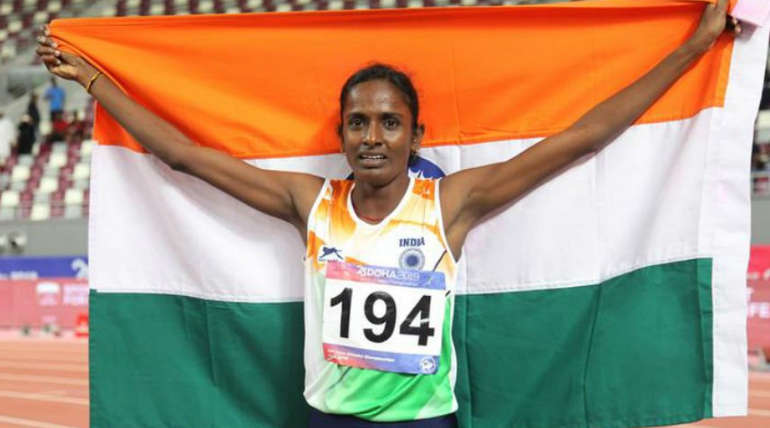 The 23rd Asian Athletics tournament is being held in Doha. On the 2nd day of this series, for the women's 800m race, the 30-year-old Indian took the first place.The Indian lady Gomathi Manimuthu took it in 2 minutes 2.70 seconds to cross the 800m distance. In last 150 meter away, she won the Chinese veteran Wang Chun Yu who was the lead before her.This is the first gold medal for India to win in Asian Athletics competition.

Gomati said, "I think I can not realize that I am the first person to cross the boundary line and have won the gold." More over she is the first woman to win gold in this series. In the Asian Athletics competition, Gomathi Marimuthu won the gold medal in the 800m race.

Gomathi, who won the gold medal, from the poor farming family in Trichy district, Tamilnadu. She attend the career at the age of 20, the 10 year hard worker reaped the benefit now.His relatives have enjoyed the happiness that she has achieved such success through  her hard work on sports. Now she is working in Income Tax Department, Banglore. In the Asian Athletics Championship, India has won 2 silver and 5 bronze medals in 2 days.