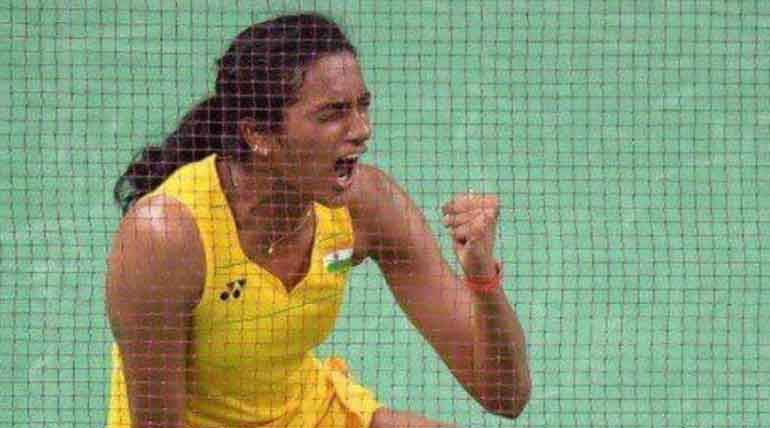 She had won with 22-20, 21-19 with her flawless play. Sindhu became second Indian to enter semi-final in Olympics badminton after Saina Nehwal done before in 2012 London Olympics.

Both players showed their powerful skills in this match. There had been a very tough competition for both players. With some brilliant smashes, Sindhu won the match. Sindhu gave hope light to India through her winning. She has to play Semi final against Japan's Nazomi Okuhara on Thursday. If she wins she would play Gold medal match and which gives assurance of at least Silver medal. If she loss, she has to play bronze medal match with the other semi final loser.

It is a great honour to her parents PV Ramanna, P Vijaya and her coach Pullela Gopichand. Her parents credited the coach for his full efforts to moulded her daughter. Her father Ramanna encouraged her with full support and drove her every day to the training centre at 4 pm.

Celebrities like Amitabh Bachchan congratulated her winning and lauds her stunning performance.

Just two more matches for her. If she gives the same performance and energy she will deserve the next. Good Luck to the eminent player.