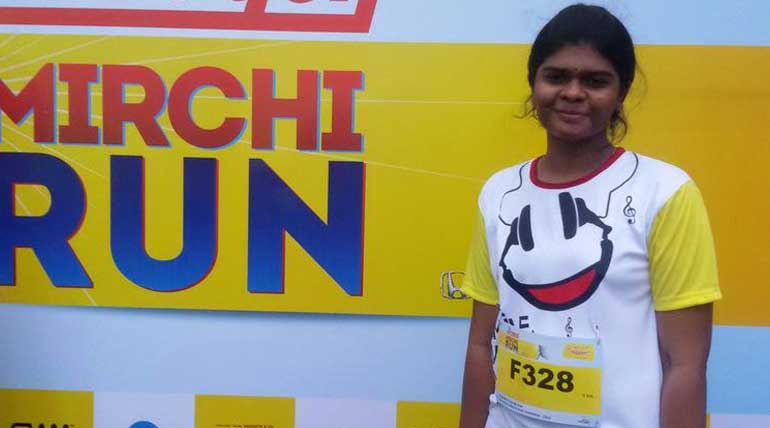 Lakshmi Thangadurai from Chennai, Tamil Nadu will represent the state in national level cycling championship. The meet will be held on the first week of November in Uttar Pradesh. She had won 40kms Road race that held at Rameshwaram and qualified for the national level competition. The 24-year-old cyclist had won gold in this recently conducted state meet at Ramanathapuram.

She lives in Panaiyur, ECR road, Chennai. She had joined the cycling group WCCG (We are Chennai Cycling Group). She used to ride for pleasure and later got trained under Gratian Mathew Govias. She had joined training only eight months ago. In the recent state meet, she had peddled an average of 32 km/hr speed and completely first in 40 km distance. She had undergone 7 to 8 hours of hard training daily. She used to work out at morning and go for cycling training at the evening. She had cycled from Adyar to Mahaballipuram and return in 3 times a week.

She would like to do well in the national event and looking forward to represent the country. She can get participated at international meet that will be held next year when she wins the national championship. Her father is Thangadurai, regional editor in Filmfare. The film celebrities congratulated the girl on their twitter pages.

Best wishes to lakshmi d/o d man who has made all dffrnce to my career ever since v joined hands frm 'NEERAPARAVAI' onwards @thanga18 :) pic.twitter.com/T3GJ5mkPBc