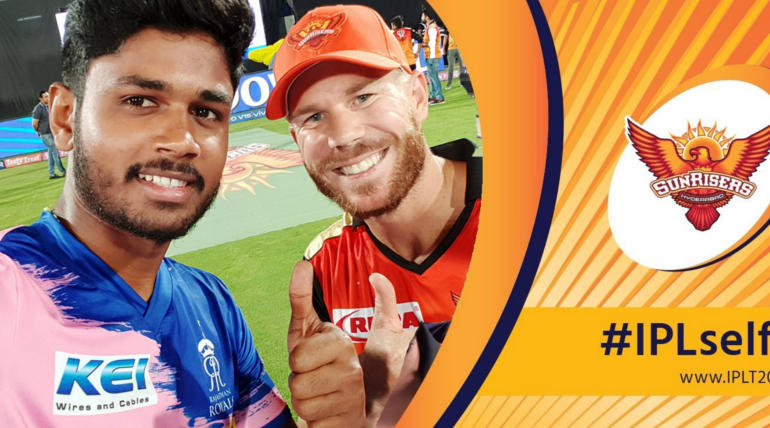 The last night match between Rajasthan Royals and Sunrisers Hyderabad was an absolutely breathtaking match with huge scores by both the teams. Rajasthan Royals posted a huge 198 on the scoreboard for the first innings and the SRH has chased it in 19 overs showing a spectacular batting performance in their first home ground match.

Sanju Samson of Rajasthan Royals scored a super century and lifted the team score to a high level in the first innings. Followed by Sanju, Rahane scored a half-century. Sunrisers who came to chase the big score played it with ease as the first wicket partnership between Warner and Bairstow itself cemented a victorious start followed by back up from down the order batsmen.

During the post-match interviews, the match heroes Sanju Samson and David Warner had a little chat on mic were Warner wished Sanju for his innings and Sanju Samson made a funny comment over the match loss. David Warner said "Fantastic innings mate! Well played!" for which the young wicket batsman Sanju Samson replied, "David, you destroyed my day, my 100 was not enough!!".

.@davidwarner31: Fantastic innings mate! Well played! @IamSanjuSamson: David, you destroyed my day, my 100 was not enough!!