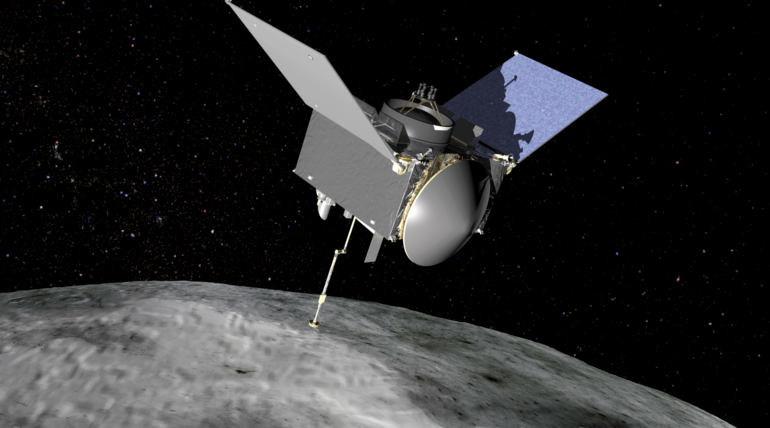 NASAâ€™s Osiris Spacecraft entered into the orbit of an asteroid named Bennu. This asteroid is the smallest object to be circled by a human-made a spaceship. It is a milestone in the exploration of NASA. It is the first kind of exploration of the US to design a spacecraft to research on an asteroid. Its work is to bring back some dust from the asteroid for further research. Osiris was launched in the month of December 2018 from Cape Canaveral, Florida. It costs around 5,600 crores. OSIRIS stands for Origins, Spectral Interpretation, Resource Identification, Security,

Regolith Explorer. (Regolith refers to the alien soil.)  It has five scientific instruments to map the asteroid. With the help of this high-

resolution map, scientists can decide where to take the dust sample. In the year 2020, with the help of the robotic arm and circular device that has a reverse vacuum to stir- up and collect dust. It can take about 60 grams of the duct from the Bennuâ€™s surface. Osiris Rex comes under NASA's NEW FRONTIERS PROGRAM.

This program includes Osiris Rex, New Horizon and Juno Spacecraft. But why did the scientists chose Bennu? What is very special with Bennu asteroid? Bennu was selected after the examination of 5, 00,000 asteroids. NASA wanted an asteroid that is in similar orbit of the Earth. And so, the spacecraft can reach within a reasonable time. Another feature was about the size. Smaller asteroids may spin faster and spread the regolith in the space. But Bennu is about 500 meter in diameter and thereby rotates slowly. The third reason is that Bennu is an old asteroid. From the formation of the Solar System, it has never undergone any change. It is rich in carbon and carbon can retain organic molecules. These organic molecules can tell something about our ancestors.