What if Asteroids Hit Earth, Are We Really Ready to Face it? 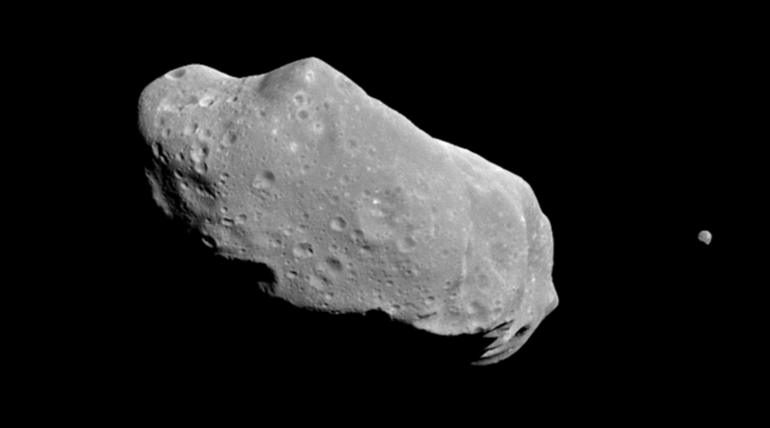 Scientists are thinking deeply about the Earth Asteroid clash. Can humans take this? A telescope has detected an asteroid that is of 300 meters in diameter rushing towards our Earth at a speed of 14 kilometres per second. At present and as per the calculation, the asteroid is 57 million kilometres away from the Earth. An approximate calculation of the scientist says that the collision will take place on 27 April 2017.

Since 2013, over 300 scientists, astronomers, engineers, and emergency experts are meeting in the Washington suburb to deal with this hazardous disaster. Opening the sixth International Defense conference, NASA administrator Jim Bridenstine told, "We have to make sure people understand that this is not about Hollywood. Countries like China, Russia, USA, France, German, Italy, and Israel participated in this conference. This fear of Earth â€“ Asteroid clash is always called the giggle factor.

But in the year 2013, an incident in Russia turned the tables around. A meteor blew up the atmosphere of Russia. A 20-meter asteroid appeared suddenly over the southern part of the Urals. It exploded over the town called Chelyabinsk, Russia. Most of the windows were shattered down and many people were injured. Though scary, it is fortunate that people have now known the seriousness. This incident has grabbed the attention of all authorities associated with the dealing of disasters.

It was fostered by Detlef Kochny, co-manager of Planetary Defense office of the European Space Agency. There is information that scares us even more. There is not just one asteroid but many that are close to Earth and likely to hit us. An asteroid is considered to be the nearest only when its orbit is within 31 million miles of our planet; Astronomers are coming across a new one every single day, said Lindley Johnson of NASA planetary defence Coordination. Another rock named 2000SG344 also has a chance to hit Earth in the year 2096. It is also said that many of the asteroids are very small but there are asteroids that are over 0.6 miles in diameter. The big ones are probably hiding behind the Sun. These asteroids are found by telescopes in Arizona and Hawaii.

The European Space Agency is also in the plan to built space telescopes in Chile and Sicily. It has already built in Spain. Space Telescopes are in demand as the terrestrial telescope cannot find the potential celestial bodies.  The happy news is that we can deflect Asteroid. And we can also evacuate depending on factors. The exact threatened region can be detected two weeks ahead. When the asteroid is hundreds of kilometres away, it can be detected some days before. Evacuation is possible if the asteroid is just 165 feet.

Bursting them on way as like in a movie is dangerous as it would be still big enough to fall and cause hazards. The plan is to change the trajectory instead. NASA is on the process to work this out by testing with DART MISSION on a real asteroid. The last question would be, Who is going to work out all this? The United NationsSecurity Council is likely to decide on it. Maybe many rich countries can also contribute as they know the Russia disaster or not as they were not targeted by the asteroid still.

What if Asteroids Hit Earth, Are We Really Ready to Face it?