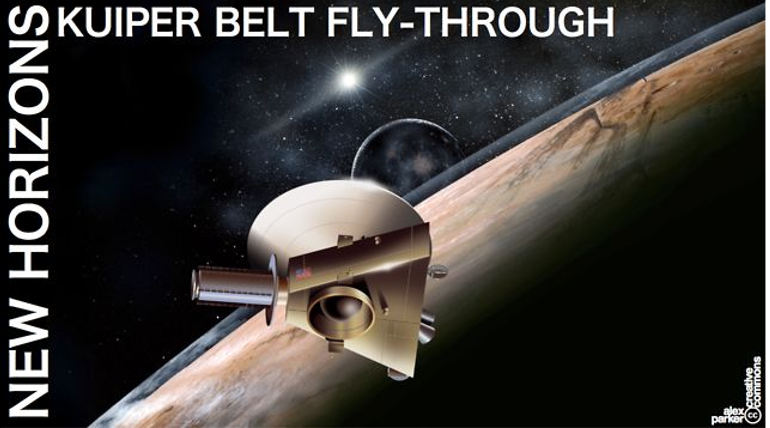 This year (2019), NASA has shows us a new world. It is named as Ultima Thule. NASAâ€™s spacecraft, New Horizon has sent its first image of Ultima Thule and this new world is about 6.4 billion kilometres away from Earth. This is very far from the Earth and may be the oldest of the cosmic to be ever taken a photograph by the humankind. Ultima Thule was first found in the year 2014 by the Hubble Telescope and is very tiny and measures just 20 â€“ 30 kilometres in diameter.

The small planet is full of ice and found at the heart of the solar system which is the Kuiper belt, far beyond Neptune. It derives its name from a mythical northern island in medieval literature and cartography. Scientists are very much interested in Ultima Thule as it may be the oldest frozen part of the ancient Solar System. It has a more or less circular orbit that indicates the exact place of its origin. So it is a distant part of the ancient Solar System.

In the Kuiper Belt, you can find icy objects and dwarf planets. The most famous Pluto is situated in the Kuiper Belt. Planetesimals like Ultima Thule and comets are found in Kuiper belt which is also believed to be the building blocks of the planet. New Horizon Spacecraft was launched in 2015 and the aim was to know about the distant areas of the Solar System.