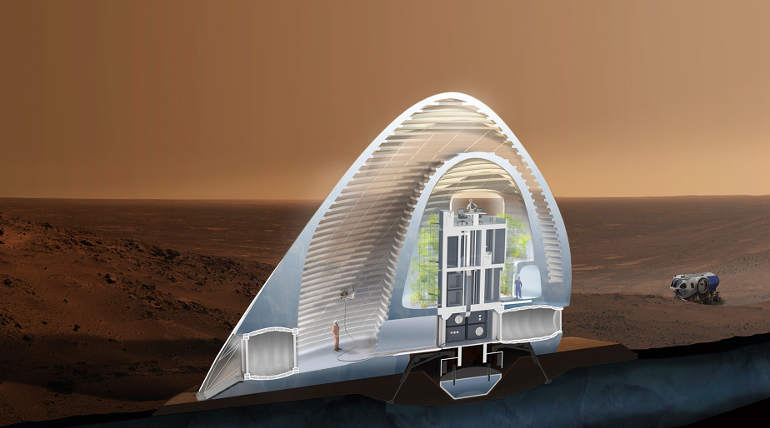 Every year NASA organizes Big Idea Challenge for greater ideas. This year, UC DAVIS team has clinched it. This team was entirely made up of undergraduates and sophomores (a second-year university or high school student). At NASA's Langley Research Centre, the UC DAVIS team revealed their plans and stole the show. Subsequently, their plans were highly acclaimed. The students of the UC DAVIS Space and Satellite Systems Club participated in the Martian Agricultural and Plant Sciences Project (MAPS) which was organized by National Institute of Aerospace along with NASA.

Designing a greenhouse for the astronauts to stay in Mars for two years is the need for this project. NASA was looking for an inflatable home that can automatically build them partially and automatically before the astronauts arrive. They call it Mars Ice Home because the walls of the Greenhouse will be filled with water and frozen solid to escape from radiation. The team has explored several fields before coming to the setting of the Green House. They had to refer to interplanetary law, soil chemistry, and irrigation. The team was very excited to share their experience.

One of the sophomores told that he had to go beyond his main area of study. When the team explained about the soil processing system, they advocated why growing plants on martial soil is a better choice. They justified telling that soil-based greenhouse system is resilient and have benefits in the long run. It is also recreational and includes mental benefits they added. Further, the idea was to collect the soil, treat them with an electron beam to remove toxins which are common in the Martian soil. The suggested growing soya beans to enrich the soil with nitrogen. Plant waste shall be burnt and the ash will be used as fertilizer.

Earthworms from the earth will make the soil healthy and fertile. The addition of human waste was dropped as it would be highly toxic as the crew is of multiple people. In the year 1967, the United Nations signed a treaty that mandated not to take earthly microbes to the outer space or bring the outer space microbes to the Earth. To align this policy the Martian Green House has to be cleansed before reaching the Earth. Making the memorable, UC Davis team has got NASA summer internships as they emerged as winners.